What Jay Gatsby and Ben Franklin taught me about life

I’m inspired by two of the greatest figures in American culture who were great resolution makers. Jay Gatsby and Ben Franklin.

As Watchdog, Dave Lieber Looks Back At Kickass 2015

Dave Lieber’s Watchdog Nation celebrates the best year ever in 2015. Fighting on behalf of Americans for fairness and honesty works. New laws were passed, questionable practices exposed and problems are fixed.

On Christmas Day, My Best Visit With Santa

In 1993, when Dave Lieber moved to Texas, he was lonely when his first Texas Christmas rolled around. Then he visited Santa — the best Santa — and heard words of wisdom that changed his life. 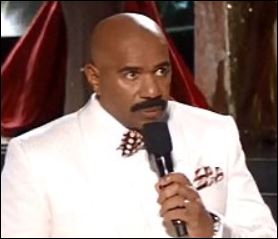 Turns Out Steve Harvey Is The Embodiment Of A Perfect Emcee

The world is ranking on Steve Harvey. But this longtime event emcee says that Harvey took a hit for the entire team. He owned it. That makes him the perfect emcee.