After 30 years in NSA, Mark LeBlanc is helping speakers like no other

Editor's Note: Mark LeBlanc is a Minnesota-based speaker who served as president of the National Speakers Association. Mr. LeBlanc appeared at the NSA/North Texas chapter in April 2012 to share his ideas about business growth. This story about him first appeared in the chapter's newsletter and was written by Dave Lieber. 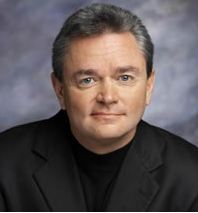 Mark LeBlanc, the April 14 speaker at NSA/North Texas, is a special guy. Let me tell you why.

He joined NSA when he was 21 years old in 1982. LeBlanc is 51 now. So he's been bouncing around for 30 years. A few years ago, he served as national president.

People ask LeBlanc what it was like to be such a young member in the organization's early days. His answer surprises.

He explains in great detail that for the first 10 years, he had perfect attendance at his Minnesota chapter meetings, but he didn't give many paid speeches. He ran businesses, thought about speaking, but didn't do enough of it.

His regret is that none of the members held him accountable. They didn't push him to get him going. He wasn't mentored as strongly as he could have been.

After 10 long years of this, he remembers a breakfast conversation with Mark Sanborn, CSP, CPAE, another former NSA president.

“Painfully slow. In fact, I've got nothing on my calendar.”

“Well, what are you doing to put something on the calendar?” Sanborn asked.

“Well, I'm not doing anything.”

Now LeBlanc says, “It was one of those simple questions, but it was like getting hit by a 2 x 4. That was the kick in the rear that I needed.”

That's NSA. A snippet of conversation leads to a new idea. Almost always. 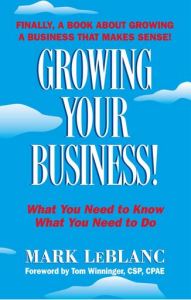 Now an NSA elder statesman with decades more to come, LeBlanc has come full circle. His interest is in being the accountability prodder for younger members, the kind of what-are-you-doing attention that he feels he missed.

His focus is on younger emerging speakers. His goal? Give them an “encourage plus mindset.”

“I really want to encourage them. I really force them to think about some of the critical decisions that they need to make. Most people are out there just fooling around. They're going to NSA, to the chapter meetings. They're getting ready to get ready. A phrase that I love is, ‘They're in love with their own potential, but they're not doing anything to make it happen.'”

Here's how he does it. Anyone who wants to come to Minneapolis and meet LeBlanc for coffee and an “encouragement plus mindset” conversation is welcome. He does this two or three times a week.

A step further, he has come up with another way to pay it forward. He honors a banker who 30 years ago gave him a $3,000 loan. LeBlanc used half of the money to attend his first NSA convention. Now each year, he awards $3,000 grants to young entrepreneurs as part of his YES program for Young Entrepreneurs Succeed.

As he says: “Come on down. Have a cup of coffee, and tell me your story.” 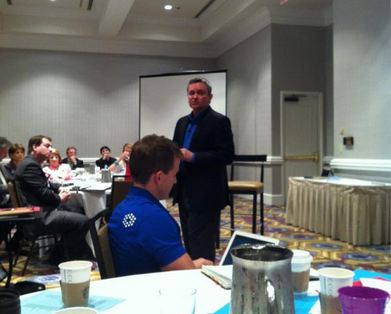 Author Dave Lieber is The Watchdog columnist for the Fort Worth Star-Telegram and 2011 NSA/North Texas Member of the Year.