Anatomy of a World Record

You probably missed it, and that’s a shame. Because Horace Ashenfelter once set the United States on fire. In a good way.

In 1952 he won the gold medal in the steeplechase race at the Olympics. It was as big a victory as possible, one of the greatest upsets in Olympic history.

Aside from setting a world record, he was the first American to place in a long distance running event in 44 years. The FBI agent beat the favored Russian runner in a race that came down to democracy versus Communism, East versus West.

See, it was the Soviet Union’s first visit to the Olympics in four decades, and it became a Cold War showdown.

I met him in 1992 when I visited him for an interview on the 40th anniversary of his victory. 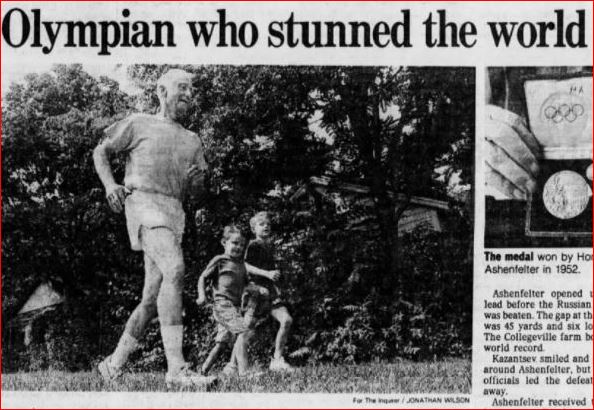 I had one specific reason to learn his story. How do you go about preparing to set a world record?

He showed me how it happened. He began, he said, as a young boy running up and down his driveway for fun. Then he built a wooden hurdle, which he took to a park two blocks from his home. He would jump over the hurdle and then, for fun, over the backs of the kids who dropped by to watch.

The steeplechase race is such a challenge because runners jump over wooden hurdles and land in a water pit. In his practices, Horace focused on the jump over the pit.

“I learned to hit the top of the hurdle,” he told me. “Coming down and getting a forward vector, rather than an upward vector. I had some physics in high school and some mental knowledge of mechanics.”

As with all champions, he suffered a low point when he tried out for the 1948 Olympic team, four years before his historic run. He suffered from heatstroke, and one sportswriter wrote, “He went slightly coo-coo, ran all over the track, straight up and down instead of forward, and landed far out of the money.”

He came back big.

Aside from experience and training in 1952, he had confidence. He was quiet and shy, hardly a braggart. But the night before the big race he told his wife, “I’m going to win it.”

In the final stretch, as he launched out of the last water pit, past the stumbling Russian favorite, he told me his motivational thoughts.

He thought of his family: “The Ashenfelters are fairly tough-minded people.”

He thought of his training: “You might as well do what you can do – now.”

And he thought of his pride: “They’ll never remember you if you come in second.” 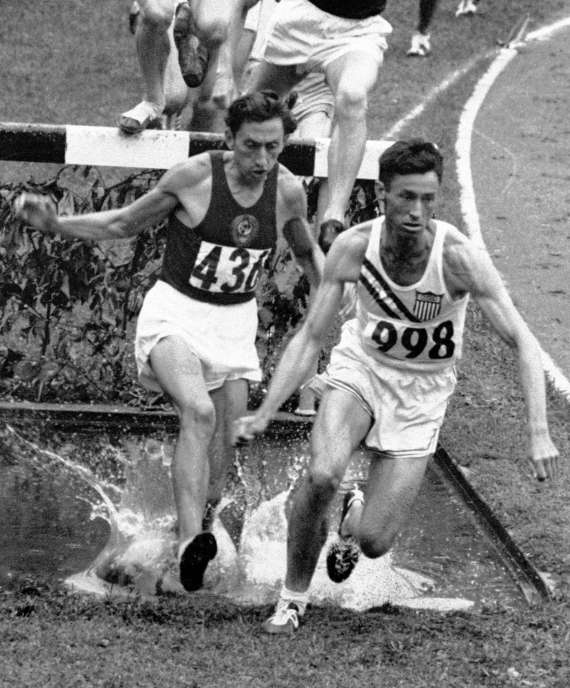 Twenty-five years ago, I remember asking, “Can I see the medal?”

I remember him running up the stairs with a spry bounce. He returned with a blue velvet box adorned with five Olympic rings inside. The medal still shined.

“It’s not really pretty, but it has a lot of significance,” he told me.

Oh, but it was quite pretty. Extraordinarily so. It’s one of the most important Olympic medals ever won by an American.

That’s why I wanted to point out Horace Ashenfelter’s death last week at 94. He was more than an athlete. He was America’s leading man and his win and world record made us feel better about who we are and what we stand for.

Dave Lieber writes The Watchdog column for The Dallas Morning News. He’s a certified professional speaker and corporate storytelling strategist who shows Americans how to show their powerful stories.