Bud Kennedy, my columnist colleague at the Fort Worth Star-Telegram, has an advantage that most columnists don't enjoy. He grew up in the town he now covers. He sees history everywhere he goes. 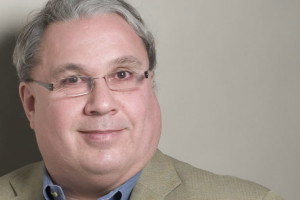 Bud Kennedy of the Fort Worth Star-Telegram

For much of his career, he was like the rest of us columnists, writing four columns a week, covering City Hall, politics, trends and strange stuff. But then Bud discovered Facebook and he blossomed like a Texas wildflower.

On any day, Bud communicates with thousands of people on Facebook about the latest — and I mean latest, up-to-the-minute developments — in our hometown about restaurants, art, music, events, politics, neighborhoods, anything and everything. You can't blink in Fort Worth without Bud mentioning it on Facebook. It's like he sees and knows all.

All of this gives his Facebook pages a multi-dimensional feel that captures the emotions, up and downs and even the soul of our town in a way that you can't do in 800 words. I asked him how he does it:

Q. Bud,  how would you define your goals in social media on any given day?

I just try to find out everything I can about Fort Worth and Texas, and then post everything I find out. I see social media as like a big breakfast cafe table where we all get together and talk about what we saw or heard and what we think about it. And I hope to meet younger readers and hand down those Fort Worth history tales and stories that give us a sense of place in a big, bland DFW area.

Q. When did you realize that this was your new forte and you enjoyed it and people enjoyed your insights?

Political reporters have been on Twitter for a while now — ever since we found one of the state representatives tweeting inside info about the speaker's race last session. So we learned quickly that if you're not on social media, you'll get beat on a story. I originally set up a Twitter feed to Facebook just because it's so easy. Why not? Then I found that people on Facebook loved to talk about the columns and ask questions. And Facebook readers share columns more, so it draws more readers.

Q. When you post, your comments often draw a large response. With all this back and forth, are you getting column ideas?

Facebook has become a test market for column ideas. I post an idea or a link from somewhere else and just watch the reactions roll in. It helps me see all the different questions readers might have. Plus, I try out my snarky one-liners and see which ones work. 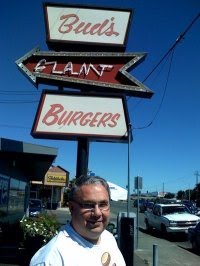 Q. How many times a day, on average, do you post.

I post my column about 9 a.m. the day the paper comes out, because that's when people get to work. Generally, I don't tweet more than 3 times a day, because I don't want to seem overbearing. I promise readers if they'll follow me, they'll get about 3 tweets and I'll make them count. Most of the tweets are original news items or exceptionally good retweets or links. I post many more links on Facebook, and I don't have a limit there, because readers can just skip over them.

Q. With four columns a week, some TV analysis that you do, too, how do you find the time? How much time does it take?

Twitter and Facebook aren't time-consuming. They're something to do while you're waiting at the red light, or for the coffee to brew, or at the doctor's office. They're also something I do while I'm waiting for the next idea. The most time-consuming part is editing the comments, and I only do that because I want readers to enjoy reading my Wall.

Q. You got married around the same time Facebook became popular. How does your bride react when you are buried in your phone?

She just laughs that it's all her fault because she introduced me to the iPhone. But you learn pretty quickly that there are times to put down the phone and live life.

Q. What particular tools do you use for social media, in terms of your phone, computer and special apps such as Tweetdeck?

Q. What suggestions do you have for other columnists who want to get more involved?

Just jump in and create an account. You'll be amazed how many readers will follow. When I created a separate dining page, I did it a midnight on a Saturday night, put up one post and didn't tell anybody. When I woke up Sunday morning, 100 followers had already discovered it. Log in, throw your elbows around, make some mistakes. The readers will tell you right away what does and doesn't work. Don't be afraid of them. They are nicer than editors.

The author, Dave Lieber, is founder of the National Society of Newspaper Columnists Education Foundation. His website is DaveLieber.org. This originally appeared at Columnists.com.