If Babe Ruth had lived a clean life, he could have been like Byron Nelson. Lord Byron, the cleanest living athlete of all time, lived until the age of 94. His life shows the power of storytelling.

His life story is the American dream. He is honored as one of the greatest golfers who ever lived, and he's also remembered as a perfect gentleman who did for everyone else before himself.

I met him a few times as a newspaper columnist writing about him. The other night, I shared a dinner at his former home in Roanoke, Texas with his wife Peggy Nelson, very much alive and fun and filled with Lord Byron stories. The ghost of Byron was everywhere.

There's his famous hat, the iconic image, resting on a table. 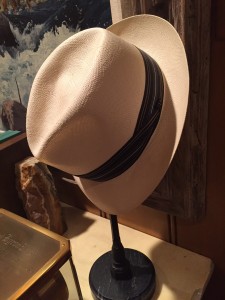 Over there in another room is a statue of him. 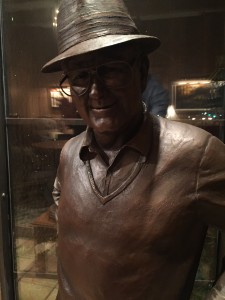 The power of storytelling is told in his quest for wins during his fateful 1945 golf season. He won 11 PGA tournaments in a row, a record that no one thinks will ever be broken. The earnings were not much by today's standards. But they helped Nelson save enough to buy his ranch. 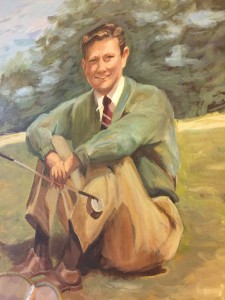 His method is on display in a glass case outside Byron's Restaurant at the Four Seasons Resort & Club in Irving, Texas, his home golf course. It's not a golf club or a special ball. It's his little black book.

Although most men's little black books consist of something more notorious, Nelson's volume captures every tournament, every round of golf, every dollar he earned from 1935 to 1946.

His little book helps tell the story behind the story. Nelson won golf victories, sure, but the real reason for his success was something stirring inside his soul. More than anything, he wanted to win enough money to buy his dream ranch in Roanoke, a piece of Texas land he could call his own.

The book was born of necessity. “I put myself on a strict budget,” he said of its simple origins.

In Nelson's early days on the professional tour, all his belongings fit in a car. While playing in tournaments, he barely had enough money for a hot dog and a soft drink for lunch. A sandwich was too extravagant. Sometimes he slept on his in-laws' front porch because his kitchenette apartment was too hot. He so badly wanted that ranch.

“Each putt was aimed at the goal of getting that ranch.”

As he wrote in his 1993 autobiography, How I Played the Game:

“Each drive, each iron, each chip, each putt was aimed at the goal of getting that ranch. And each win meant another cow, another acre, another 10 acres, another part of the down payment.”

But he needed $25,000 cash. And the tournaments in which he played paid just several thousand dollars, often in war bonds, to the winners. 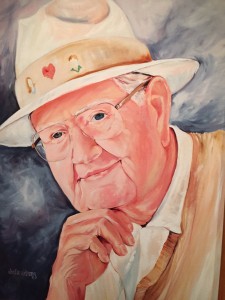 How did he do it?

“I didn't work on my driving,” Nelson said about his swing. “I worked on my thinking.” And the black book helped him.

Between the 1944 and 1945 seasons, he reviewed the little book, and his meticulous record-keeping told him what he needed to concentrate on:

Nelson worked on his thinking, and when the 1945 season began, he was as focused as could be. Every drive, each putt meant another cow, another acre.

As he dominated the pro tour – from Miami to Atlanta to Philly to Chicago – the acreage of his dream ranch became bigger and bigger in his sharply focused mind.

“That ranch gave me more incentive to really dig,” Nelson said. “When I set my mind on it, I didn't deviate. With that ranch situation, I didn't let up.”

He won those 11 consecutive tournaments and a total of 18 that year (another record). He lowered his stroke average an amazing five strokes per tournament. And he rarely played a careless shot.

He bought the ranch in May 1946 and named it the Byron Nelson Fairway Ranch: 630 acres near the Denton-Tarrant County line in Roanoke. He paid $55,000.

These are the kind fn wonderful stories speaker Dave Lieber tells. Remember that you can bring Dave Lieber to your group. He’s an expert in storytelling for business and showing the power of storytelling to increase sales, build support, raise money and attract attention. 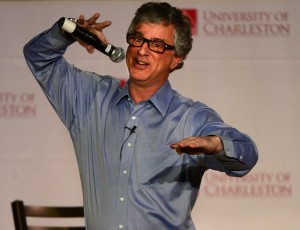