Go BIG! Be a Chicken!

2016 can’t be the play-it-safe year for you. The economy is as good as it’s been. If you’re not rockin’ big now, what are ya waiting for?

I know. Easier said than done, right? Going big means putting yourself out there, leaving the cliché of the comfort zone, getting out of the box or the cube or whatever this year’s business tripe goes by. 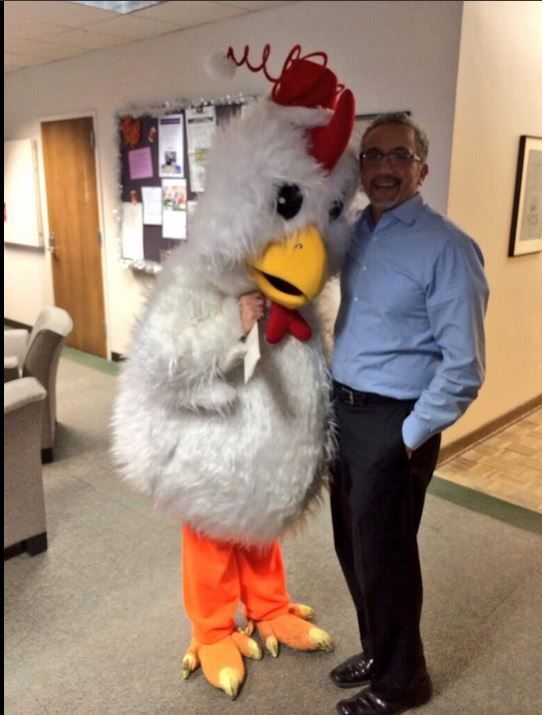 Author Dave Lieber goes BIG on his new job. He dresssed as a chicken. Here he is with longtime columnist James Ragland.

How do I define going big? Simply, anything that when you consider it a) takes your breath away because of its audacity, b) is risky and out-of-character for you, c) excites the living daylights out of anyone else who hears about it precisely because it is so big.

Going big for me? Well, proposing marriage in my newspaper column tops all. But runners-up include riding a bull in a rodeo, interviewing the Ku Klux Klan, living for three days in a nudist colony for a story (no jokes here, please!) and helping to solve a murder.

Going big as a chicken?

I needed to remind myself of my GO BIG advice when I started a job at The Dallas Morning News in 2013 as the new Watchdog columnist. Many of the employees have worked there for many, many years. Not many new hires have come in during the recent lean times. The place was pretty set in its culture.

I am grateful for the opportunity to work side by side with some of the very best in the business, but also realize that it could take me years to show my gratitude in a way that matters to the very large staff. But what if I were to GO BIG?

Here’s what happened: an editor and a reporter got into an argument over who could cook the best chicken dish. By the time they were done knocking each other, they made a bet that quickly turned into a contest. People would pay $5 to eat and vote, and the newspaper restaurant critic would declare a winner.

The back and forth on the contest was the most exciting morale-building development in the newsroom since I joined the staff. Each new chicken taunt batted back with more reporters’ chicken trash talk. Yeah, quietly, I saw this as a way to GO BIG.

That’s how on the day of the contest, everyone in the newsroom was greeted by someone dressed as a chicken mascot. The chicken, who did not speak, served as host. The chicken took the entry fees. The chicken counted the votes. The chicken even announced the results. 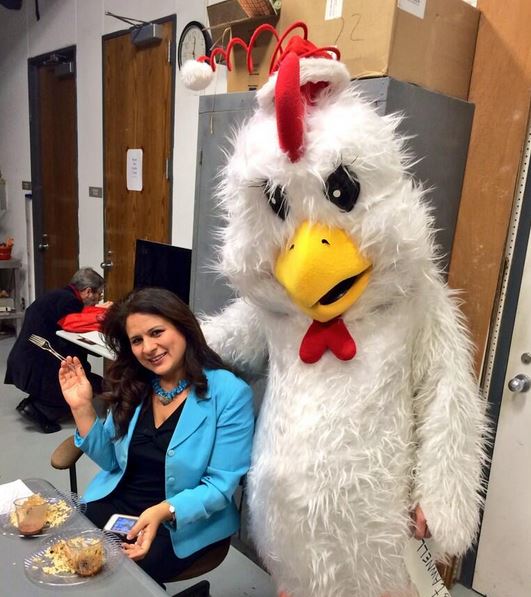 Nobody knew who the chicken was. Not until the end, when I took my head off.

Summary: They loved the chicken, both on the plate and in their faces.

Me? Was I scared to walk around in a chicken suit? You bet I was. What if I failed? What if everyone thought it was stupid? What if this was a major embarrassment in the first months of my new job? 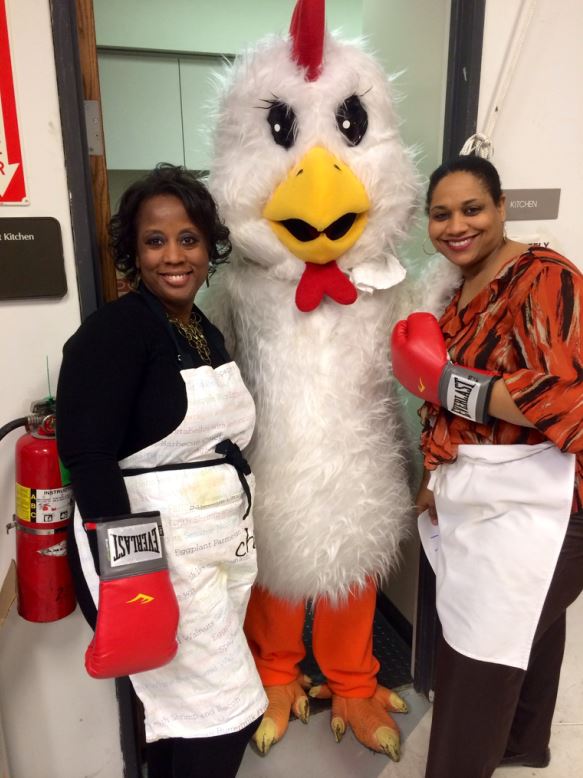 The author with his former boss, Leona Allen (left) and reporter Tawnell Hobbs. They were the chicken chefs.