One person who has done more to help motivational speakers reach a level of excellence is author and speaker coach Jane Atkinson.

Her landmark book, The Wealthy Speaker, laid out in great detail how one creates a speaking business that is successful and improves the lives of audience members on a regular basis. Atkinson has a legion of admirers who credit her book as a working manual to create a toehold in one of North America’s more unique occupations.

That’s why the news of Atkinson’s newest book is so welcome in the speaker community. It’s called The Epic Keynote: Presentation Skills and Styles of Wealthy Speakers. The hefty book is an update showing what it takes to be a great 21st century speaker.

Dave Lieber is featured in two sections – “Storytelling from a Professional Writer’s Point of View” and “The Epic Breakout Session.”

Dave says he's thrilled to be included in his mentor’s latest work: “Jane Atkinson has done more for speakers’ careers than anyone I know,” he says. “This book will spread that help to speakers worldwide a thousand times over.” 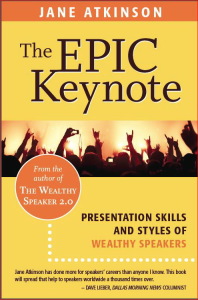 In her book, Atkinson describes Dave’s appearance at the 2013 Global Speakers Summit in Canada. Dave was unable to fly to the conference due to a Texas ice storm. Instead, he led a storytelling session via Skype. Jane was in the audience, watching him on a big screen.

She writes in her book, “His energy and charisma came across the wire and landed in our lap…. He took questions from the audience which allowed him to engage with those in attendance. Dave took what could have been a troubling experience (having your flight cancelled) and turned it into what I would deem an epic workshop. His content was rich, his stories were crafted beautifully and his enthusiasm for the topic was contagious.”

That’s a small part of this rich and wonderful book designed to share the best ways to entertain, educate and enlighten audiences, something author Atkinson knows better than most. 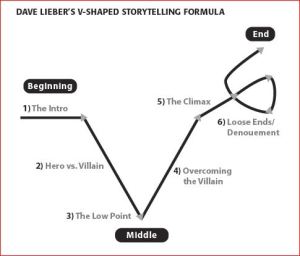 Jane includes Dave's storytelling formula in her book, something Dave teaches in his speeches. 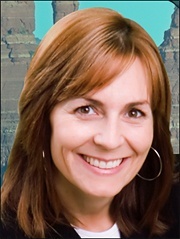 Details of the book’s sale will be reported in this space when the book is released in the next few weeks.

Jane wrote two versions of her popular The Wealthy Speaker. This one was called 2.0.