What the U.S. press says about Dave Lieber

Dave Lieber is the NEW Watchdog columnist for The Dallas Morning News. Read the press release from the paper announcing his hiring here.

Read a book review of Bad Dad book by Fort Worth Weekly's Betty Brink here. She says the book is “a fascinating read, full of humor, drama and pathos.” 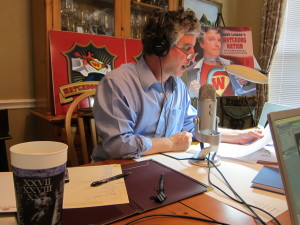 Speaker, author, newspaper columnist Dave Lieber usually does the newspaper writin'. But in recent weeks newspapers from across Texas have profiled The Yankee Cowboy after hearing him speak at public events. Here are excerpts:

From Sarah Greene, Publisher Emerita of the Gilmer Mirror:

Unlike most writers, he is an excellent speaker, and he wrested many a laugh from his stereotypically hard-bitten, cynical listeners.

Lieber told of being raised as a New York City Jew, and working for 10 years for the Philadelphia Inquirer before moving to Fort Worth in the early 1990s in pursuit of his lifelong dream of becoming a columnist.

On the way to achieving that goal he ran into some amusing roadblocks, since the first step was to become a Texan.

Some of the shocks were predictable: he had to be instructed that “y’all” is a singular noun and “all y’all” is its plural.

Invited to spend an evening at Billy Bob’s Texas he showed up in his New York outfit with blazer jacket and tie, and wondered why everyone else was in “cowboy costume.”

BUT THE BIGGEST problem he encountered came from a white Labrador retriever owned by a Texan divorcee he fell for soon after his arrival.

The female dog was totally devoted to her female owner, who had rescued her from a pound after the previous male owner had abused her.

Lieber soon learned to get along with his two prospective step-children, a girl, then 10, and a boy, 12. But Sadie the Psycho Dog was another matter. Lieber introduced her to the Star-Telegram readers in a 1994 column which also served as a proposal of marriage (Karen said “yes”).

Winning Sadie over became such an important part of Lieber’s Texanization that he wrote a touching column when the dog died at age nine.

HE QUOTED the late Texas Observer editor and writer who wrote a book titled My Dog Skip. In it Morris said that the dog of your boyhood “teaches you a great deal about friendship, about love, and death.” Lieber said that since he didn’t get his first dog until he was 37, he came to those lessons late.

The columnist also told about learning that instead of “cowboy costume,” real Texans wear “Western attire.” He not only got some, but himself became a rodeo cowboy after a fashion. A 1,300-lb. bull he rode at a church rodeo on a dare obligingly staged in the chute for most of the 8 seconds Lieber needed to stay on. And he actually won a later celebrity steer-riding contest.

Lieber came to dub himself “the Yankee Cowboy everybody loves to hate.” He published a book, The Dog of my Nightmares, now in its fourth printing. 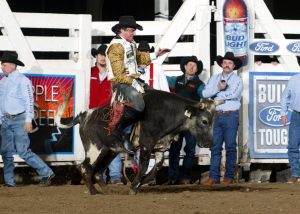 From Robert Brincefield, Vice President and Publisher of the Brownwood Bulletin:

Dave Lieber, The Watchdog reporter for the Fort Worth Star-Telegram, gave a luncheon speech that resonated with Carol and me. Before moving to his current beat as consumer advocate, Lieber wrote a human interest column three times a week for the newspaper. Originally from New York, Lieber gave a humorous account of his difficulties with adjusting and adapting to life in Texas and his conflicts with Star-Telegram readers. His observations of the Texas culture and the customs practiced by Texans may have seemed humorous to a former New Yorker, but they were not going over well with the natives in Fort Worth.

Lieber’s transformation came nine months after his arrival when he met the woman of his dreams and the dog of his nightmares. He soon stopped fighting with readers and began embracing his new environment. As a metro columnist, he started writing about small town along with big city life, pets, kids, spouses, ex-spouses, the rich, the poor, politicians, school boards and local people as one of them – not as an outside observer.

In 2002, Lieber was rewarded for his about face when he won the Will Rogers Humanitarian Award from the National Society of Newspaper Columnists. The award is named for the philosopher-humorist who used his public forum for the benefit of his fellow human beings….

What makes me optimistic about our future are the human interest people stories illustrated by Lieber …. It is columns like the one about a growling dog that is suspicious of an upstart cocky Yankee wanting to date his owner…. That is where our roots lie, and as long as we do not stray from them we will be fine.

From Ellen Cameron in the Coppell Sidekick:

“All ya’ll is the greatest word in the dictionary. Well, it will be when I’m done,” David Lieber vowed. Strangely enough, this promise of the Texan bastardization of the English language occurred in Coppell’s William T. Cozby Public Library.

Lieber, a comedian, sartorialist and columnist for the Fort Worth Star-Telegram was the guest speaker at the library’s latest tea party and spoke of his experiences on the journey of becoming Texas-condoned beginning in 1993 with his move from Philadelphia to Bedford to work for the paper.

While the comfortably-attired middle class women of Coppell drank tea with their finger sandwiches, Lieber talked about his often-disastrous journey to acceptance—and while it may not be polite to laugh at other’s misfortunes, it is perfectly fine if they laugh first.

And laugh they did, as Lieber described learning that there is, in fact, a wrong answer to the question “Where are you from?” and only realizing the insults wrecked upon him after reading the book How to Talk Like a Texan and being terrified of chimichangas (because really, they do sound quite dangerous to the untrained ear.)

But Lieber’s rather catastrophic journey had a chick-flick ending that left the tea-drinker’s hearts gushing: at the end of his wits, he asked God for a woman to lead him through Texas barbs and queues. Her name is Karen.

“The turning point came on Oct. 2, 1994, when newspaper readers opened their Sunday paper and read a column by me that began: ‘Here in Texas I’ve met the woman of my dreams. Unfortunately, she lives with the dog of my nightmares.’” Lieber said. “The story went on to describe my burgeoning romance with Karen, a local woman, and her two wonderful children. The problem came with Psycho Dog, Karen’s pooch, who detested me. It was a funny story about how the dog tried to drive me away from Karen, but in the end, the dog and I reconciled (somewhat) when I apologized on behalf of humanity to Psycho Dog for her previous owner, who had brutalized her. The story ended with me realizing that I couldn’t live without Karen, her two children, and the doggone little dog. The last line was, ‘Karen, will you marry me?’ She said yes. We just celebrated our 15th anniversary and I love Texas!” 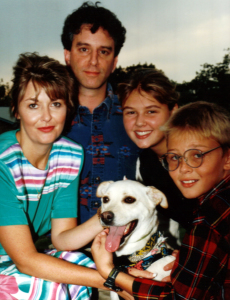 Texas seems to love Lieber as well; or, at least, the suburban Texas library did.