The column by Dave Lieber with Marina Trahan Martinez was praised for displaying “true excellence in column writing.” 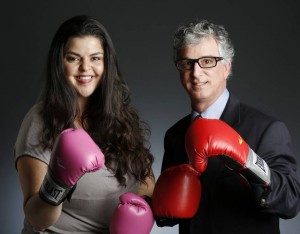 The award was presented June 29 at the group’s 39th annual conference in Indianapolis.

The winning columns detailed the trial of an Oak Cliff woman's killer, the legal difficulties of Dallas District Judge Staci Williams, and behind-the-scenes maneuvering by the Texas Department of Public Safety in its fingerprint program for Texas drivers.

Lieber last won the contest in 1995, his second year as a Texas newspaper columnist.

The Watchdog column also was named one of the top 10 columns in 2014 by TheDailyBeast.com.