Editor's Note: Every April 18, U.S. newspaper columnists celebrate their own day, National Columnists Day. The day was chosen in 1995 by the National Society of Newspaper Columnists (columnists.com) upon the suggestion of then-NSNC President Bill Tammeus of the Kansas City Times and Dave Lieber, a rookie columnist at the Fort Worth Star-Telegram. Dave picked April 18 because on that day in 1945, the greatest U.S. columnist of them all, Ernie Pyle, died in World War II. This story by Dave appeared in the April 2012 edition of The e-Columnist newsletter in Dave's “you, the columnist” column: 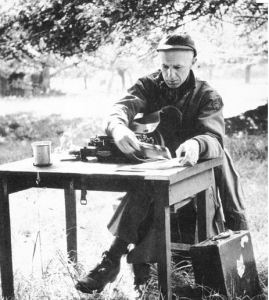 No matter what crevice of Ernie Pyle’s life you look into, you find something interesting, honest and authentically American. His real name was Ernest, after all.

April 18 marks the 18th annual celebration of the NSNC’s National Columnists Day, a project former NSNC President Bill Tammeus and I started working on in 1991. Two decades later, the day he died near the end of World War II still feels like the right choice. The short but sensational life of Ernie Pyle, arguably the most influential columnist since Ben Franklin, is filled with undiscovered mysteries that continue to inspire. 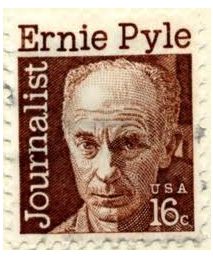 Take his college days at Indiana University, not as much studied as is his long career as a traveling columnist in the 1930s and his wartime masterpieces a decade later. At IU, Pyle grew from a freshman wannabe writer to campus leader. His quiet Pyle friendliness that would serve him well with strangers for the rest of his life made him a popular figure on campus, too. But he also earned glory as editor of the campus newspaper and as one of its star (although often unbylined) writers.

In a September 2011 story in Indiana Magazine of History, IU Journalism Associate Professor Owen V. Johnson explored Pyle’s college letters for glimpses of his student life. Johnson, who spoke about Pyle at our 2010 Bloomington conference, is preparing a book on Pyle for release next year.

Pyle’s first printed story in college was called “Football is King in Bloomington Today.” His lead: “Everything else gave way last night at the annual Homecoming Pow-wow, while the gridiron sport ascended the throne of popular favor which will not be relinquished until Saturday night.”

He would get a lot better.

By the end of his time in college, in 1922, when he was an editor of The Daily Student paper, he served on a committee trying to raise $1.5 million for a vast memorial to those who died in World War I. The project included a Memorial Stadium, a Memorial Hall and a Memorial Union (all of which were completed by 1932).

So picture this: 90 years ago, Pyle is editing The Daily Student and leading coverage of the giant campaign. He’s also serving on the fundraising committee. He’s earnestly working both ends of the candle. Hard.

He works at the paper until midnight (“I worked thru the dinner hour because we had so much copy piled up,” he wrote in a “Dear Folks” letter. “This week is the first time that I haven’t worked every week night for about three months.”)

When the fund drive ends with a huge celebration, Pyle runs back to the paper. He wrote, “We put out an extra yesterday at noon and then the drive went over the top at about midnight, and we put out another extra then. They had an all night celebration on the campus but I was so nearly worn out that I went home and went to bed about 2 o’clock.

“We are not putting out a regular paper today but are working on a big one for the campaign director to send to all of the Alumni. We will get it off the press about 5 o’clock this evening and then they are going to have a big dance in the Gymnasium tonight to celebrate the success of the campaign.

“I think everybody in school will be there, and as I have a pass I guess I will go too.” You can see a lot of the Pyle we’d come to know later in that. Committed. Diligent. Tireless. Caring.

Weeks later, Pyle left IU, a semester short of graduation, for, what else? … a job on a newspaper. His next quarter century, of course, produced some of the greatest examples of English word usage since Fitzgerald.

A Pulitzer prize. A movie. Books galore. The adoration – and then mourning – of an entire nation. 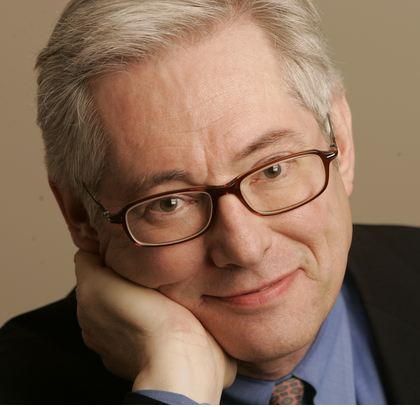 Bill Tammeus came up with the idea of a National Columnists Day. 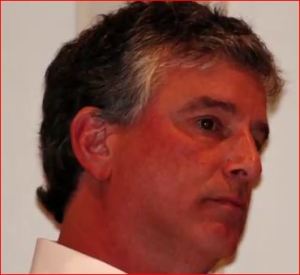 Dave Lieber came up with the idea of April 18 in honor of Ernie Pyle.

Note: Please mark April 18 on your calendar/National Columnists Day. And here’s one fun way to honor your day. Do an Internet search for “Ernie Pyle column” and read whatever comes up. Those moments alone ought to inspire you about what you do and why it matters. That’s what the day is for.