My biggest mistake at The Dallas Morning News

I never told you this before. But with Election Day 2020 almost here, it reminds me of my biggest mistake in my seven years at The Dallas Morning News.

It was a project I undertook publicly that turned into an abject failure.

In 2015, I thought it would be funny if I ran as a pretend candidate for President of the United States. But my prank had a serious point I wished to make.

My platform was to get the federal government to spend more of its vast resources to go after scammers who annoy the hell out of us. The guys on the phone. The people behind the fake emails. And on and on.

I made campaign posters, campaign buttons and bumper stickers. My slogan: Take the ‘Con' Out of Consumer – Watchdog for President.

Thanks to videographer Tommy Noel at The News, we made a debate video where he inserted me into the actual Republican presidential debate. So there I am, debating Ted Cruz, Chris Christie and a guy named Trump. 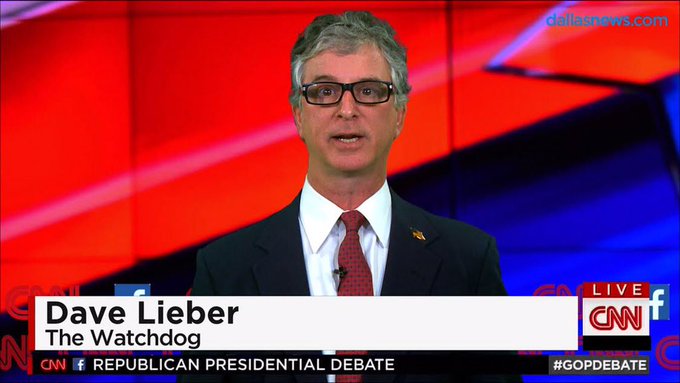 Here's what happened: nobody cared.

This whole experiment landed with a quiet thud. I called the whole thing off. It just kinda went away.

It took me a bit of time to figure out what went wrong.

This was 2015 and early 2016. The stakes for Americans were suddenly very high in what would become a historic norm-shattering campaign.