[The following first appeared on columnists.com, sponsored by the National Society of Newspaper Columnists]

The other day I was insecure about something. I got zero comments beneath my column on my newspaper's website for what I thought was a pretty good column. Then I clicked on the comments for my columnist colleague at the Fort Worth Star-Telegram, Bob Ray Sanders.

Bob Ray's column attracted 32 comments. 32 comments! Is he writing something more relevant, more important, more timely? Well, yes, yes and yes. A magazine had named Fort Worth the most religious city in Texas. And to him, a native Fort Worthian, that was one big duh. 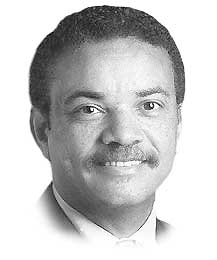 His was a love note to his hometown. Quoting from it: “pioneering spirit,” “embrace our past as we plan for our future,” “our respect for diversity,” vibrant and prosperous” and “we love it.”

A homer cheerleading his hometown. Of course, he got those 32 appreciative comments, right?

Then I read them.

— “Bob Ray Sanders, thanks so much for being such a lovely treasure of Fort Worth…. This is a lovely article, and so true. – Ms. Browne”

— “Yes, Ms. Browne, you are right. Sanders is about as gracious and balanced as an excuse making, hypocritical racist can be.

— “Most of his articles are based on race trying to paint his race of people in a good light or blaming other races for the many shortcomings of his.”

— “Yes, Xmas to Bobby Boy. Without him on staff, the Star would not get federal subsidies.”

— “That was a crummy thing to say. You will get a lump of coal for Christmas.”

— “Do you really think Sanders would have a job at the paper if it wasn't for the color of his skin?”

Almost every comment was about race and not about the substance of his love note. He deserves so much better. Bob Ray Sanders is the king of all media in Texas. He was one of the first African-American reporters at our paper, then went into radio and TV broadcasting. He's a wonderful speaker, an author and, for the last 15 years, a columnist colleague who writes week after week about unpopular topics.

His reader feedback has been a recurring problem for him. Years ago, he was the subject of a TV documentary called “Hate Mail” that was shown on stations across the nation. His reader mail was analyzed and some of the (surprised) writers were interviewed on camera. (He also presented a seminar at our 2005 Grapevine, Texas conference, “Dealing with Critics: Avoid the Temptation to Tell Them What You Really Think.”)

Sanders' secret is this: he doesn't take it personally.

“It's the nature of the beast,” he says. “I rarely read the online comments until I hear from other readers who are upset with something they saw posted there. Of course, I receive those kinds of comments every day in my email and telephone messages.”

When he spoke recently to the Star-Telegram's Toastmasters Club, he asked audience members to read aloud his fan mail.

“Before they even began to read, I could see the shock on their faces,” he said. “When they started reading, the rest of the group would gasp in astonishment, finding it hard to believe that ‘some of our readers would say such things.'

“You are right. No matter what I write, people look for race in the column. And if it is not there, they fall back on their own racism to spout some of the most blatantly bigoted and stereotypical things they can think of. Somehow they feel that today's highly charged racial climate gives them permission to take off their masks (or hoods) and say anything they want.

“I can't tell you how many times I write a column about a homeless person or someone in prison, never mentioning race, and yet the reader (partly because of my picture at the top of the column) assumes I'm writing about a black person. ”

What a heavy boulder to lift up the hill. As if writing a column, on its own, is not hard enough.

Bob Ray Sanders and the many other columnists who deal with “my-picture-on-top-of-the-column” syndrome mostly stand alone.

But how do you change a human lizard who hides behind a computer nickname and types back at you with a cowardly sneer?

Bob Ray Sanders is the author of a new book, Calvin Littlejohn: Portrait of a Community in Black and White. 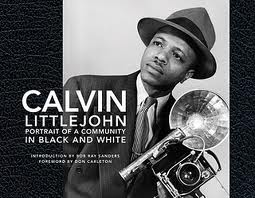 Dave Lieber is The Watchdog columnist for the Fort Worth Star-Telegram. In his free time, he hangs out at WatchdogNation.com and YankeeCowboy.com.