I love Pat Summerall, and I love Summer Santa. And the other day, the two joined together in a reality TV show.

I'm crazy about Summerall because he's the best at what he does. There's no better sports announcer in the past half century. And I loved the way he battled back from alcoholism and openly shared his struggle. Plus, he and his wife Cheri have hearts of gold. 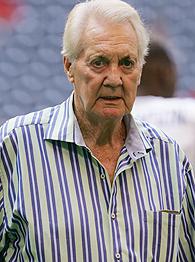 For years, they've supported my Summer Santa charity, helping send kids to area camps who otherwise couldn't afford to go. Here's the sign we used on the miniature golf course for the charity event I ran for a decade. 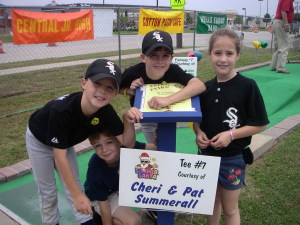 I love Summer Santa because when we founded it in 1997, we dreamed of helping kids in the summertime, not just at the end-of-the-year holidays, with an all-volunteer staff where all money raised would go straight to the children's programs. And all these year later, we've stuck to our goals. We help thousands each year with summer camp scholarships, back-to-school clothing, school supplies, free medical checkups, books, summertime toys and after-school programs. And all through volunteers! Not one paid staffer! 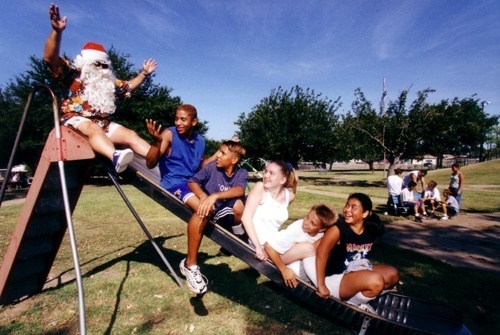 Here's how the TV show came about. We have this new board member, Cheryl Dastugue, who knew some folks at a Southlake, TX production company who were working on a show. She talked to them about Summer Santa. The producers — Larry Pursley and Elizabeth Thome — said they were interested, but Cheryl wasn't sure how far it would go. She contacted Summer Santa Board Member Diana Reyes, who is the co-chair of our annual toy drive. Diana took the ball and ran! Here's Diana… 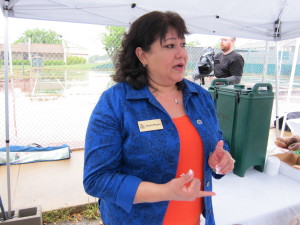 The producers at Imlight Entertainment, part of Imagine Media, told Diana they were looking for a playground that needed improvement. Diana told them she'd find a playground. And she did. On the Euless-Bedford, Texas border, there was an abandoned basketball court. The property had been for sale. 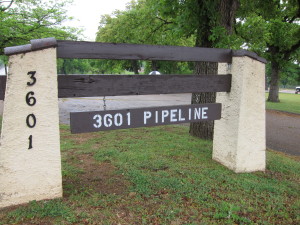 Diana visited the playground and asked one of the players to write a letter asking for the playground to get repaired. “I want this court to be redone because it could be such a good thing for the neighborhood,” Josh Bushman wrote. “It could create somewhere to hang out that isn't somewhere you could get in trouble. I love this court and hope to see it renovated.” Well … the letter worked. The producers decided to use the location, and suddenly everything got frantic as preparations moved ahead at full speed.

On April 17, 2010 the pilot was taped at the park. The show is called “Pat Summerall's Sports Angels,” and it's basically “Extreme Makeover” with a sports twist. Pat finds a problem. He brings in his sports buddies. They help fix it. (Here's the producers' news release about the show.) 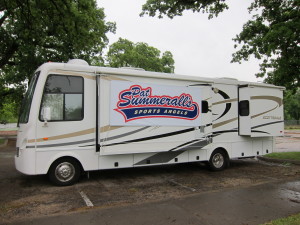 The pro stars included former Dallas Cowboys Raghib “Rocket” Ismail and Mike Kiselak and Nancy Lieberman, the greatest woman's basketball player of all time. They were joined by other volunteers and donors to the project. The volunteers worked pretty hard all day, sometimes in the rain. 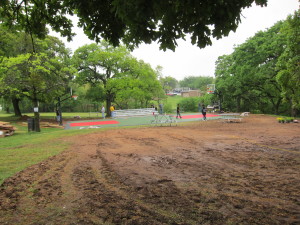 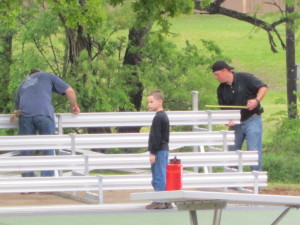 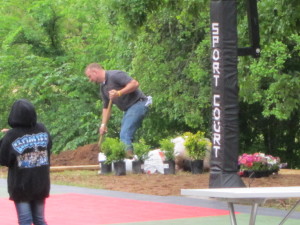 Diana was a crucial player in the show. She was the character who brought out the “Sports Angels.” Here's a fantastic photo of her explaining to Pat why this park was the one. 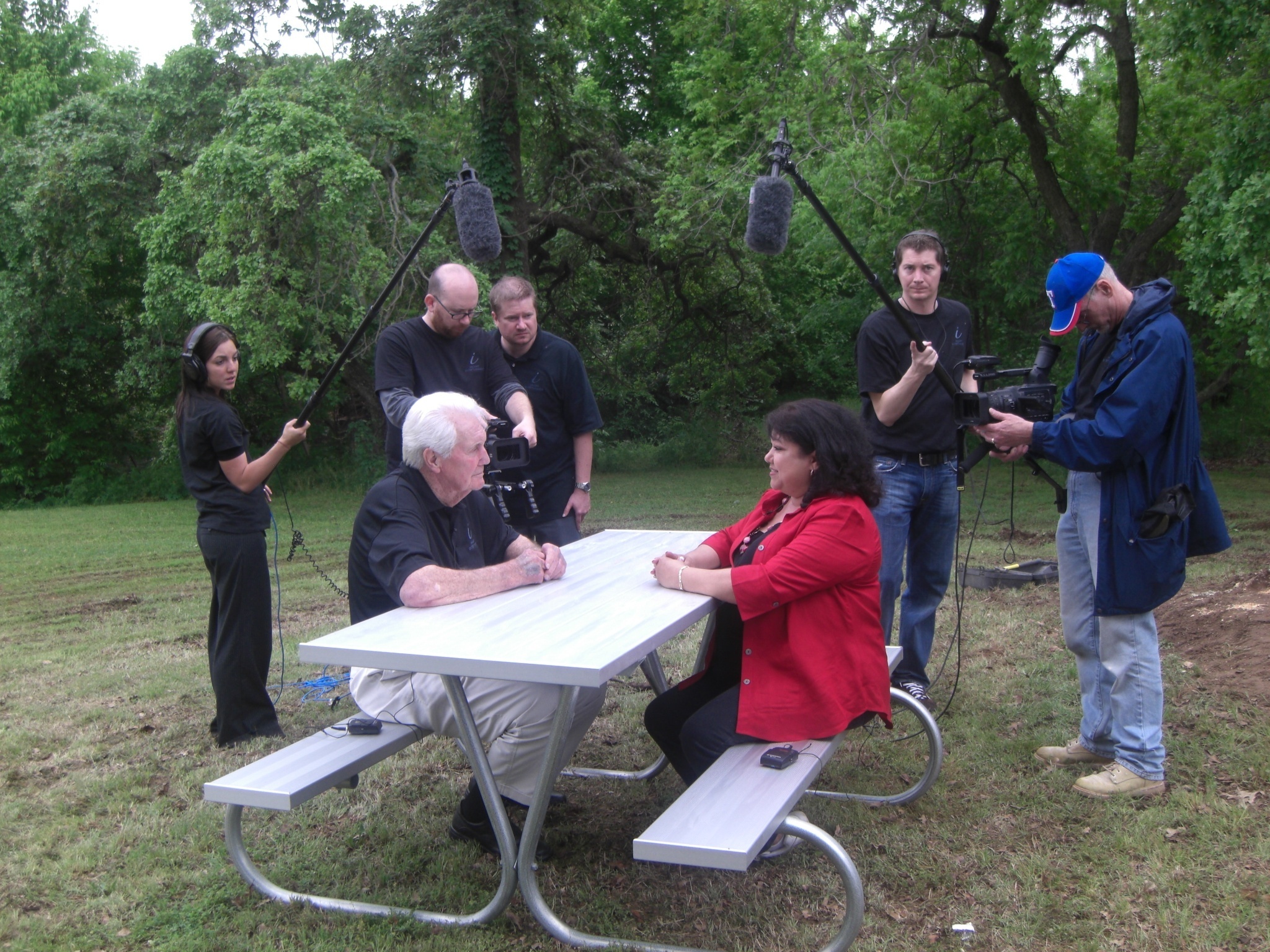 Here's Diana with Rocket (left), Pat and Mike Kiselak. They saw Diana as the hero that she is! 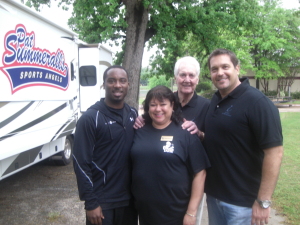 Diana made sure that Summer Santa got involved. She arranged for him to get videotaped handing out toys as a reward to the kid volunteers. Way to go, Summer Santa! That's your television debut. 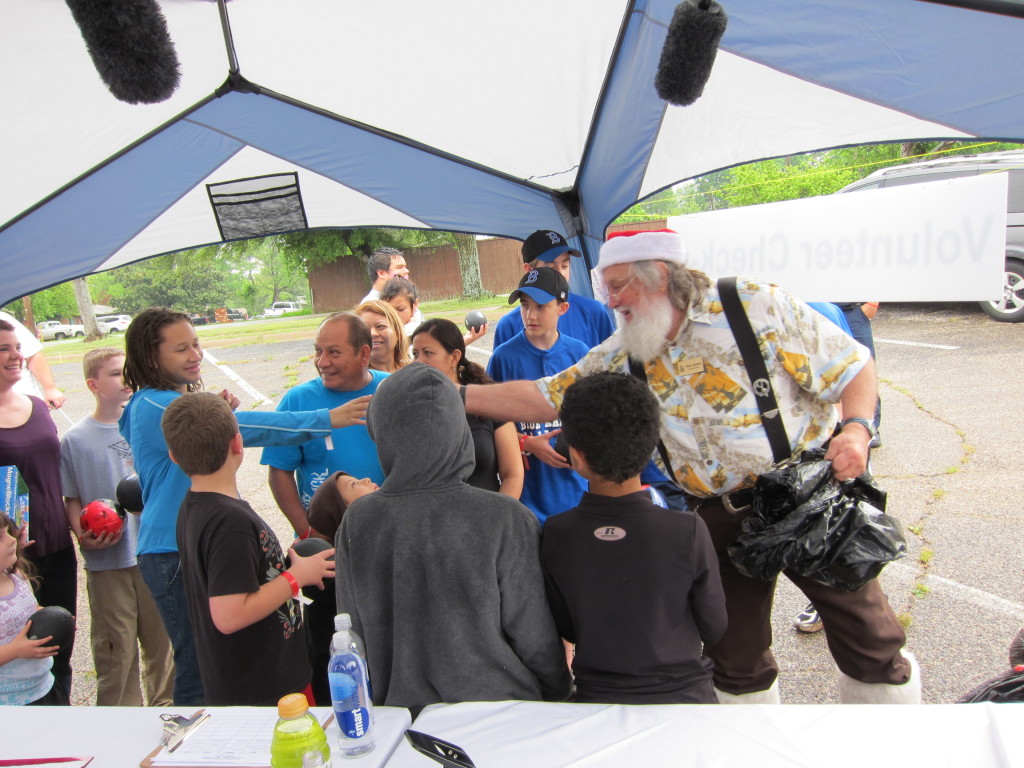 Afterward, Nancy Lieberman decided to donate 30 camp scholarships to Summer Santa kids this summer. (Gosh, we need it. We have close to 400 applicants for 300 spots at various camps. We're going to have to say no to some because we're running out of funds. But you can help us by donating here. ) 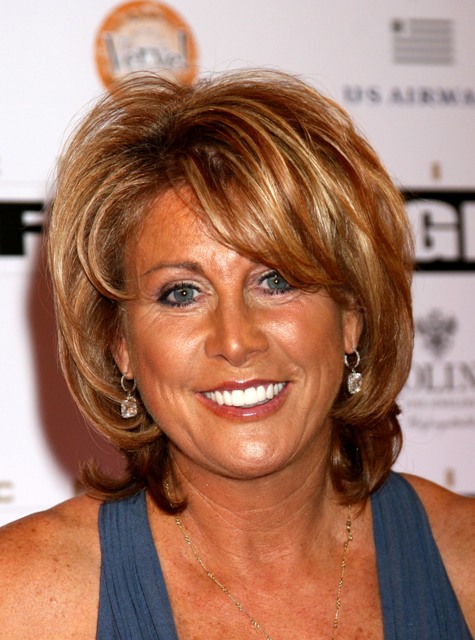 Here's a video of Diana explaining how she put it all together.

Summer Santa thanks Pat Summerall, the producers, the volunteers and Diana Reyes. Of course, Cheryl Dastugue gets credit, too. She's a new board member, but she illustrates that when serving a non-profit or any cause, it's important to keep your eyes open for opportunities that come your way. The goal is to tell the world what you do, and there's no better way than on television.

For 14 years, Summer Santa has tried to be a sports angel to thousands of kids. Teaming up with Pat Summerall's Sports Angels is one of Summer Santa's greatest honors.

FINAL NOTE: A shout-out of gratitude to the entire Summer Santa board and volunteers, especially Summer Santa Chairman Sue Howery and her two predecessors, Lori Burr and Sherri Whitt, who built Summer Santa into the powerful force of good that it is today.

Dave Lieber is The Watchdog columnist for The Fort Worth Star-Telegram. The new 2010 edition of his book, Dave Lieber’s Watchdog Nation: Bite Back When Businesses and Scammers Do You Wrong, is out. Revised and expanded, the book won two national book awards in 2009 for social change.