Some presidential candidates this year are giving the rest of us professional speakers a bad name. They are breaking key rules taught to us as members of the National Speakers Association.

Our slogan this year at the North Texas chapter, where I'm a member, is “It's All About YOU!” But for some candidates, it's quite the opposite. It's all about them.

For example, we're not supposed to talk about fees in public. But listen to Newt Gingrich.

Explaining to an audience in Bluffton, South Carolina that he didn't need to engage in lobbying after getting booted out of Congress, Gingrich gave as his reason that he was already making a ton of cash on the celebrity speaking circuit.

“I was charging $60,000  a speech and the number of speeches was going up, not down. Normally, celebrities leave and they gradually sell fewer speeches every year. We were selling more.” 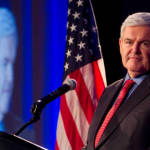 Worse, Herman Cain violated another cardinal tenet of the NSA when — allegedly — he used his out-of-town speeches as reasons for extra-curricular hookups. NSA teaches us to live a life of honesty on the road so as to set a fine example for our audiences.

Yet Ginger White claimed she met Cain in the late 1990s in Louisville when he gave a speech as president of the National Restaurant Association. She was impressed and said afterward they shared drinks and he invited her back to her hotel room.

After they, er, hit it off, she said he pulled out his travel calendar and invited him to another locale, Palm Springs, where he was supposed to give another speech. She accepted, and let's just say, she helped him keep his speaking calendar filled. 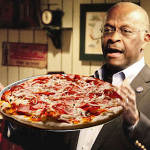 Then there's the matter of book tours and book sales. For the first time in memory, several candidates were accused of using their campaigns as vehicles to a) build their book sales and other back-of-the-room products, and b) build their reputations so after the campaign they can charge more for their keynotes.

On its face, there's nothing wrong with that. That's what all professional speakers ought to be doing. But isn't running for the presidency more of a sacred act than what the rest of us are doing, earning a decent living?

Columnist George Will said it best during a roundtable discussion on ABC's This Week when he accused Cain of being an “entrepreneurial charlatan” and an opportunist.

He said that Cain “used this [campaign] as a book tour, in a fundamentally disrespectful approach to the selection of presidents.” 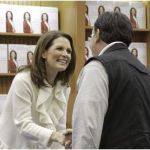 I agree, but please don't think I am only bashing Republicans. I have a serious problem with our incumbent Democratic president on this subject, too. Why?

Author Dave Lieber is The Watchdog columnist for the Fort Worth Star-Telegram and 2011 NSA/North Texas Member of the Year. This story originally appeared in the chapter's newsletter.

Dave will be leading a 90-minute workshop at the NSA Winter Conference in Dallas on Feb. 4, 2012 called “How to Get Audiences to Stop Checking Their Watches; 10 Secrets of Amazing Storytelling.” 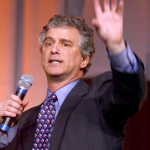