Turns Out Steve Harvey Is The Embodiment Of A Perfect Emcee

The world is ranking on Steve Harvey for his obvious error in the Miss Universe pageant.

Turns out he is taking a hit for the entire pageant team.

Somebody else made a teleprompter error, but he is claiming the fault to be his own.

Perhaps Harvey is a bigger man. 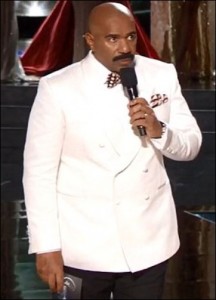 An emcee takes responsibility for an event, the good and the bad. She or he is the host. Anything bad happens, the emcee must own it, take the fall and eat it.

I learned that lesson last year when I hosted an awards banquet in San Antonio. My script had errors (no teleprompters), and I didn't catch it until I was up on the stage.

A member of the staff came up and rescued me.

She was a hero.

I regret to this day that I didn't ask the audience to give her a huge round of applause.

I regret to this day that I didn't make fun of myself.

It's easy to figure out what to do a day later.

In Steve Harvey's case, he did the right thing at the right moment.

Be like Steve Harvey, man up and admit to your mistakes. Stop hiding beneath your bed of lies.

What Dave Lieber tweeted about #SteveHarvey:

As a longtime emcee, i advise @iamsteveharvey that shit [always] happens. Not end of the world. #MissUniverse2015

#SteveHarvey took a hit for the team. Maybe not his fault entirely but he takes complete responsibility. True mark of a great emcee. 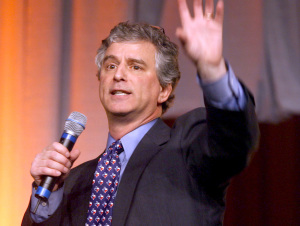