Long before his mine exploded and he went to prison, Don Blankenship was cheating democracy

[This was originally posted by Dave Lieber in 2010.]

Have you ever heard of Warren McGraw? 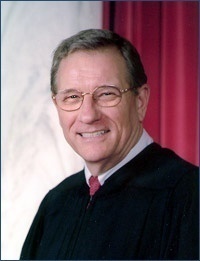 I first met him in the early 1980s when I covered him as a Statehouse reporter in West Virginia. He served as the state Senate President. He was a passionate liberal firebrand who earnestly believed in the good of working men and women.

Later, he was elected to the West Virginia Supreme Court of Appeals, where he served as chief justice.

But then something awful happened to him when he ran for reelection in 2004.

Don Blankenship, owner of Massey Energy, one of the largest coal companies in the world, spent an estimated $3.5 million on behalf of McGraw's Republican opponent, Brent Benjamin. {Note: This was years before his mine explosion that killed 29, his one-year prison sentence and his run for U.S. Senator from West Virginia, even though he lives in Las Vegas.]

Blankenship paid for a TV ad that criticized McGraw for voting to “free an incarcerated child rapist, and of allowing that rapist to work in a public school.” 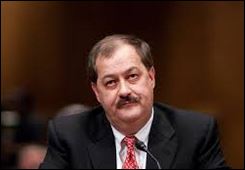 McGraw said later, “They say our court set a child molester loose in our schools. It's absolutely untrue. I'm embarrassed to go out in public. They've absolutely destroyed me.”

McGraw did not write the opinion in the case. But he was part of the majority that sent the case involving the molester back down to a lower court for further action. Yes, serious judicial mistakes were made. But everyone in public life makes a mistake of some type. That's part of public life. McGraw's career in West Virginia spanned decades. But he lost that election.

During that election, folks knew that Blankenship's company was likely to be involved in cases before the Supreme Court during Benjamin's subsequent 12-year term, including one supposed $77 million case.

Indeed, just three years later, Benjamin cast a crucial vote overturning a $50 million verdict — despite requests that he recuse himself because of the obvious conflict of interest.

The loser in that case took his appeal all the way to the U.S. Supreme Court, which eventually ruled in a very important decision in 2009 “that elected judges must step aside from cases when large campaign contributions from interested parties create the appearance of bias.”

That decision found that excessive campaign contributions pose “an unconstitutional threat to a fair trial.”

So far so good.

But here's what's most disturbing.

The U.S. Supreme Court also ruled recently that limits on campaign contributions by corporations denied these same corporations their right to free speech. 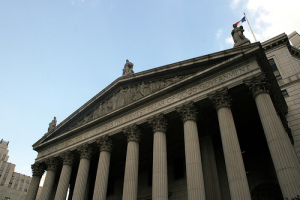 So please, someone, anyone, correct me if I'm wrong, but here's what I believe.

The Supreme Court ruling will open the floodgates to any corporation doing just what Don Blankenship did: paying for ads that distort the record of any candidate or incumbent whose intentions are the opposite of corporate executives.

In a half century of life on this planet, I have never seen a threat to our democracy as this.

Right now, we have a two senators from each state. But in just a few years, our senators will represent car companies, banks, coal companies, health insurance companies, etc.

Tell me if I'm wrong.

But I really do believe that because of the Supreme Court decision, our democracy is doomed.

When he wrote this in 2010, Dave Lieber was The Watchdog columnist for The Fort Worth Star-Telegram. He's the founder of Watchdog Nation. The new 2010 edition of his book, Dave Lieber’s Watchdog Nation: Bite Back When Businesses and Scammers Do You Wrong, is out. Revised and expanded, the book won two national book awards in 2009 for social change. Twitter @DaveLieber 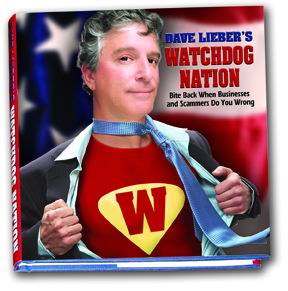