Theater is emotional anyway, but when your legendary director dies in rehearsal, then what?

Re: My new play on Ross Perot

Hey Lou, my friend. A while back you wrote, “Dave, I would love to read some details about your feelings and ideas with the Perot play having opened.”

It’s been a few months since we enjoyed the world debut of my second play, nine showings of PEROT! American Patriot. I guess it’s taking a long time to process. It was very emotional.

Here’s the thing. You remember when you did a play in school and every day you got to work with your fellow actors? And then you do it, and it’s over? You go into a mild depression because the run is over. You miss the actors, the crew and, of course, the audiences. Applause and congratulations are good for the soul. Plus, that shared unity, working toward a common goal, is clear as could be in a theater production.

Lou, this was particularly difficult because halfway through rehearsals something awful happened. Our director got sick and died. This man, Wheelice “Pete” Wilson Jr., was a theatrical superstar. He started the drama department at the local high school and also the community theater group that produced my Perot play – Theatre Coppell.

Add this fact: our theater is named after him. 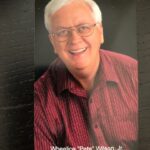 An image that I will never forget: As he struggled to maintain life, he worked on the Perot play on his laptop in the hospital. Mine was the final play in a life of a thousand plays.

I was fortunate in that I had a way to deal with my emotions. I wrote his obituary for my newspaper, The Dallas Morning News. While doing that I learned what a special guy Pete was. 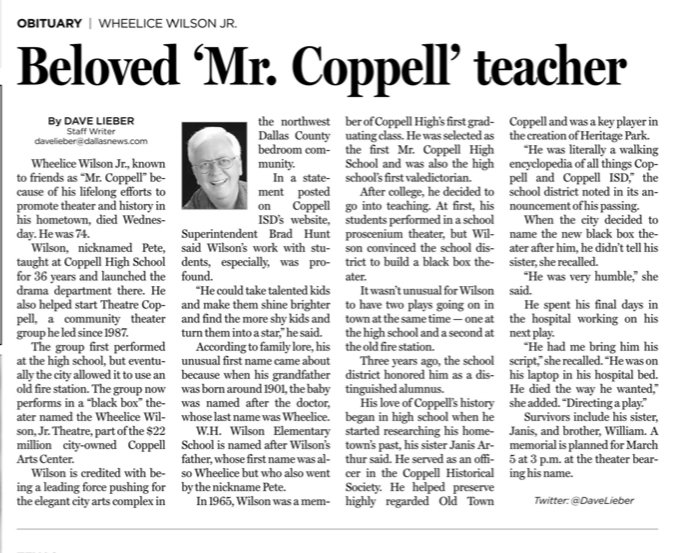 He took on my play when other theaters ran from it. A play about a family worth $7.4 billion and you don’t have their permission? Pete wasn’t worried.

Pete worked so hard for 20 years to push his city to build an arts center that became the dazzling $22 million Coppell Arts Center. That’s where one of the two theaters is named after him.

It’s touchy to put on a play about a billionaire as beloved as Perot. It’s like touching a hot fire and hoping  you don’t get burned. But during the nine-show run, a slew of Perot people showed up and gave thumbs up approval. From family friends to Perot staffers, reaction was positive.

Pete wasn’t around to see that his gut instinct was correct.

But what an honor to be Pete’s final play. 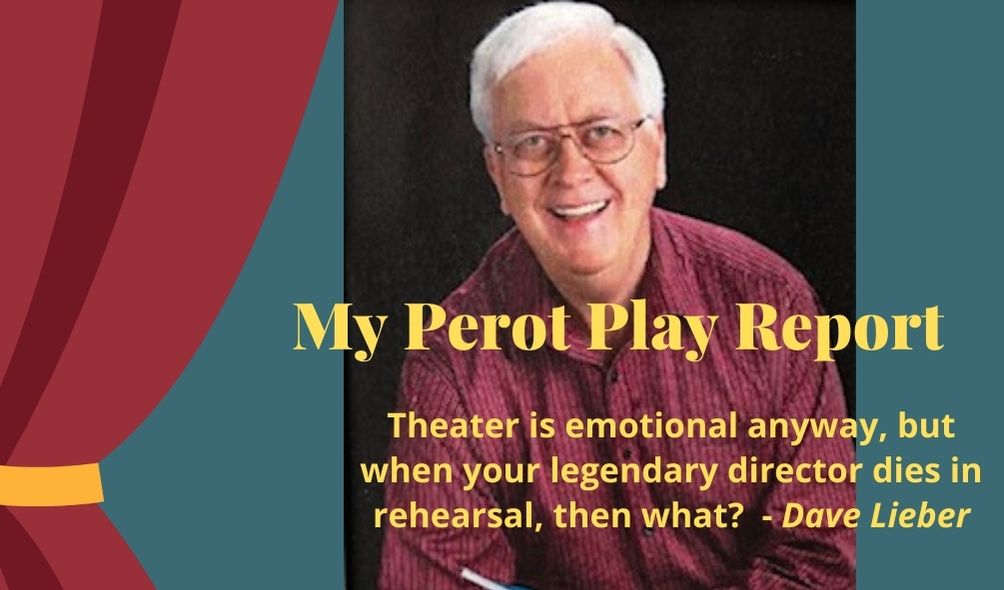 Pete was gone, but his chair pillow remained. It stayed on that front row seat where he left it throughout rehearsals. And when the play opened, the pillow moved backstage on opening night, where it stayed as our good luck charm.

In an unselfish gesture, Pete’s sister, Janis Arthur, postponed the memorial service for three weeks. She didn’t want to disturb the Perot play and stage set while it was ongoing.

After the play’s run ended, the gathering was held in Pete’s theater. More than 200 people, mostly from plays he directed, came to show their respects.

I mentioned my post-play depression after school plays. In this endeavor, it was particularly acute. The reason is the cast and crew put together to bring my creation to the stage were stunningly good. Pete’s choices were perfect.

Perot was played by Carl Merritt, who worked for six months to perfect the role. When he walked on stage in the first moments and said, “Hi, I’m Ross. What’s your name?” there was a sigh of relief from the audience. Carl, a perfectionist, captured the Perot East Texas twang. He played the highs and lows perfectly. He carried Perot-like confidence.

Another character – I named her Meredith McGee in honor of two of Perot’s grandchildren – was played by Mary Hyndman. In the only important direction I offered, I told Mary that I considered her part in my script an unfinished work. I needed her to flesh out the role. Add lines. Reconfigure the ones I wrote for her to better show her humanity. She rose to the challenge. Some of the lines she added or modified were beautiful in their simplicity. They made me jealous that I didn’t write them. How lucky was I to have her help!

A third actor, Mr. TechMan, was played by the gentlemanly Lloyd Webb, a fine actor whom I wish I could tell you more about him and his character, but for reasons you’ll understand when you see the play, I’ll refrain.

The MVP of our crew was Peggy Rosson. She was content to serve as Pete’s stage manager. But when he passed, she was forced to move from behind the curtain to the front row to assume the director’s job. Even though it was the first play she directed, It all worked out. She not only carried all the knowledge Pete had passed on to her, she had his lucky pillow.

We were ready opening night, and it’s because of Peggy. (Check out the program for the world debut here.)

On that opening night, I asked Pete’s sister how she was doing.

“This is the first opening night for me without Pete,” Janis said, on the verge of tears.

He was, aside from being Mr. Coppell, also Mr. Opening Night. He ran a lot of them. Hundreds of plays at both the high school and at the town’s old fire station which he converted into a theater before the new arts center opened.

For Perot, Janis handled costumes and other production duties, choking back tears all the while.

These were all Pete’s people.

Lou, I keep asking — how lucky was I?

I sure would like to go back to that amazing theater with one or two of my plans. My first play — AMON! The Ultimate Texan — was the first play performed at the Coppell theatre. I feel like it’s home.

My popular new companion book – SEARCHING FOR PEROT – My Journey to Discover Texas’ Top Family – is now at the printer for a second printing. Only one page is proudly added to the updated edition. Here it is: 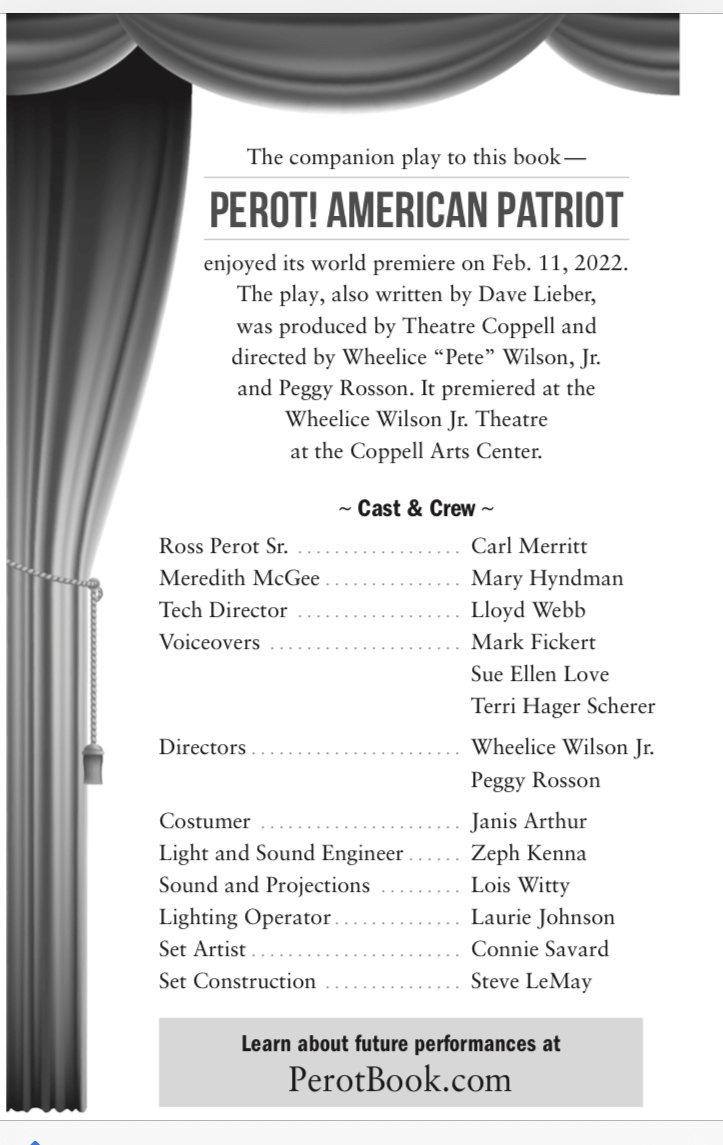 Final thoughts: This is the 60th anniversary of Perot changing the world when he formed his unique company, Electronic Data Systems. Read the tribute story I wrote about EDS in the Dallas Morning News here.

This is also the 30th anniversary of his presidential run in 1992 and “Perotmania.”

Lou, folks keep telling me they couldn’t get a ticket because of the sellouts. “When is the play coming back?” they ask. I don’t have a definite answer, but I am in discussion with several theaters. Fingers crossed. Or break a leg, whatever.

That’s my report Lou. I’m sorry it took so long, but I appreciate your interest. It was, as I tried to show, quite the emotional experience.

Note: How much do you know about the extraordinary life of Ross Perot? Take the PEROT QUIZ here. 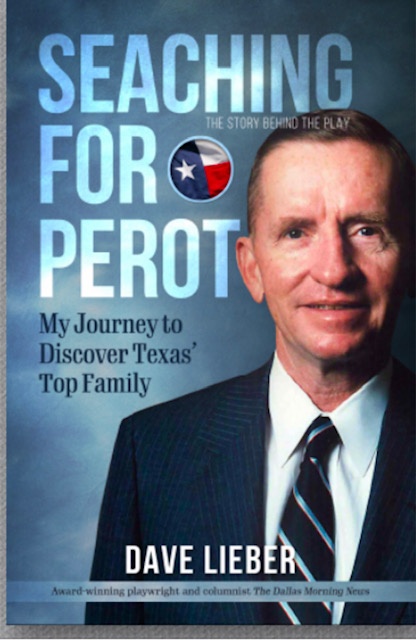