Vince Lombardi video at Super Bowl is best story of 2021

A pep talk to America!

I admit it. I was balling my eyes out at the Vince Lombardi Super Bowl video from the NFL before the start of the 2021 game.

It felt as if Coach Lombardi had come back to life to give the good ole USA a pep talk. We could use the pep talk. All of us. Which is why my tears were uncontrollable.

I looked over at my wife, Karen, and she was wiping her eyes, too. 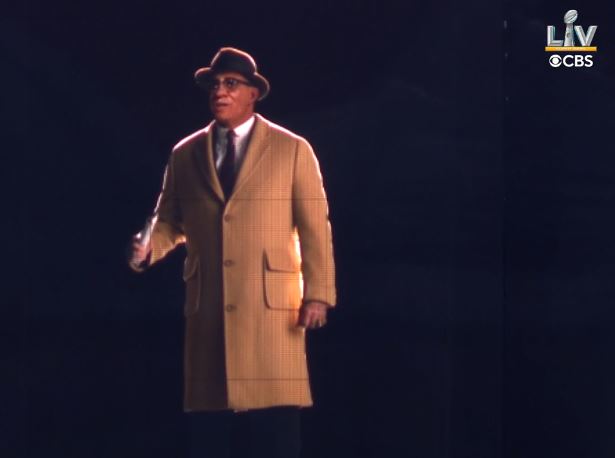 Can’t remember the last time I cried at a football game. Oh, wait. It was a couple of weeks ago when my team got knocked out of the playoffs, but that’s another story.

Lombardi died in 1970, and everyone knows the Super Bowl trophy is named after him.

The actor who played him in the video is Russ Hutchison of Topeka. (I found that the NFL made a similar video for the Super Bowl eight years ago.)

The NFL wanted to address the struggles of the past year by asking, “If Vince Lombardi were to come back, what would he have to say to us?” NFL executive vice president and chief marketing officer Tim Ellis told Tom Schad at USA Today.

The video is called  “It Takes All of Us.” The actor begins by saying, “The road has been tough and nothing from hell to sky has turned us back.”

“This speech is an amalgamation of his speeches that are essentially re-articulated for today,” Ellis said. “And I think what comes through is a very strong, positive, human, compassionate, inspiring message for all of us.”

If you’re wondering how the filmmakers did it, USA Today reports that they used historical footage and “proprietary face-swapping technology” to make Lombardi come to life.

The part where I lost it is when Lombardi gives kids back their football. I guess it’s a Field of Dreams kinda of thing. It tapped something deep inside that I don’t even understand. That’s the mark of powerful storytelling. 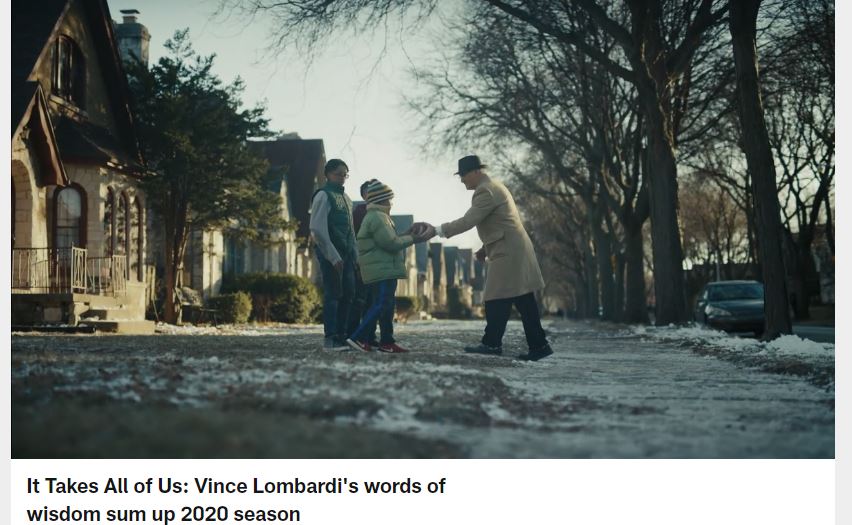 “We did not get here alone,” the character says. “We arrived as one, with courage, with stamina, with teamwork.  After all the cheers have died down, and the stadium is empty, after the headlines have been written the measure of who we are is: what do we do with what we have?”

If you missed the 1:38-minute spot, here’s the link on NFL.com and also Amanda Gorman’s latest masterpiece which she unveiled at the Super Bowl, too.

The writer is “The Watchdog” columnist at The Dallas Morning News and hailed as a storytelling expert for businesses and individuals. Read his columns at www.DallasNews.com/watchdog and learn about his latest play at www.AmonPlay.com. Watch his funny and highly-regarded TED talk on “The Power of Storytelling to Change the World” here.