As Watchdog, Dave Lieber Looks Back At Kickass 2015

Note: This first appeared in the Dec 26 , 2015 Watchdog column in The Dallas Morning News.

But sometimes, a lot of good comes out of it.

In 2008 I launched a movement called Watchdog Nation to show Americans how easy it is to stand up for themselves in difficult situations and to do great research before hiring and buying. I'm fortunate to work in this field with my home newspaper, the great Dallas Morning News. 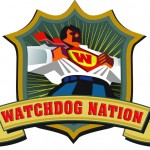 Here's what we made happen — along with help from my colleague Marina Trahan Martinez and my talented editor, Mede Nix — in 2015. Readers — citizens of Watchdog Nation — provided many of the tips that led to these stories. Readers also helped push for passage of three of five suggested bills into law in the 2015 Texas Legislature.

The Watchdog shares a how-to guide on the state’s new one-sticker auto registration system. Some hiccups in the program after that, yeah, but it works more smoothly than most expect.

Colleague Marina Trahan Martinez and I report on a Carrollton Midas shop where the manager took cash payments and money went missing. 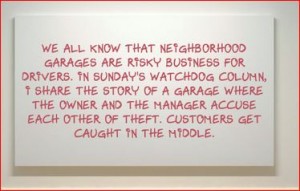 We answer why so many streetlights on major roadways are dark: copper wire thieves.

I unveil my Watchdog package of suggested consumer protection bills for the 2015 Texas Legislature. I have five requests, based on complaint letters to me.

The Texas Department of Public Safety announces it will voluntarily stop taking full sets of fingerprints from driver’s license applicants. DPS returns to the one-thumb standard.

The electric industry argues in industry newsletters against my proposed “Retail Electricity Reform Act of 2015.” My bill is not actually introduced in the Legislature because 1) I’m not a legislator and 2) most of the real lawmakers are chicken. 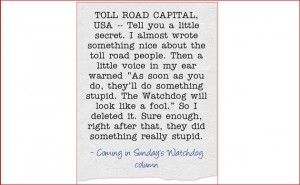 A father is billed $56,000 for his school district’s open records request about his children. (He later negotiates a better price.)

In a tough year for the driver’s license system, Texas DPS acknowledges that 850,000 driver’s licenses mailed by its outside vendor are incorrect. Replacements are shipped.

The city of Dallas approves a partnership with an outside company to sell recommended water and sewer line insurance. After criticism, the City Council ends the agreement.

Rookie state District Judge Staci Williams pays a former client $2,500 to settle a complaint with the State Bar of Texas Commission for Lawyer Discipline. Williams was accused of abandoning the client to work on her election campaign.

The Watchdog asks readers for help unlocking my legislative proposals in Austin. Readers respond by contacting their lawmakers.

My annual look at how to file a property tax protest helps thousands of North Texans understand the simple process.

Grand Prairie transmission shop owner Larry Duncan is training a national sales team to upsell his transmission repairs around the nation. Duncan’s training manual shows how every customer gets the same bad-news-about-your-car rap, no matter what’s actually wrong with the vehicle. 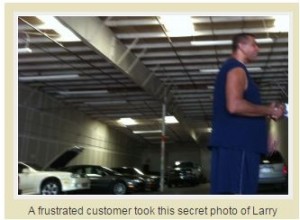 DPS officials admit they erred when they told The Watchdog that TrapWire led to 44 arrests. Actual number? Zero.

My two ideas that didn’t pass? Electricity retail reform and roofer licensing. On that, see you in 2017.

The Watchdog wins first prize for best large-newspaper column from the National Society of Newspaper Columnists. 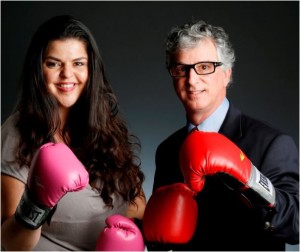 The Watchdog trains 650 North Texans in consumer protection at a Dallas event sponsored by the Senior Source and the Elder Financial Safety Center. All are sworn in as new citizens of Watchdog Nation. They receive membership cards. 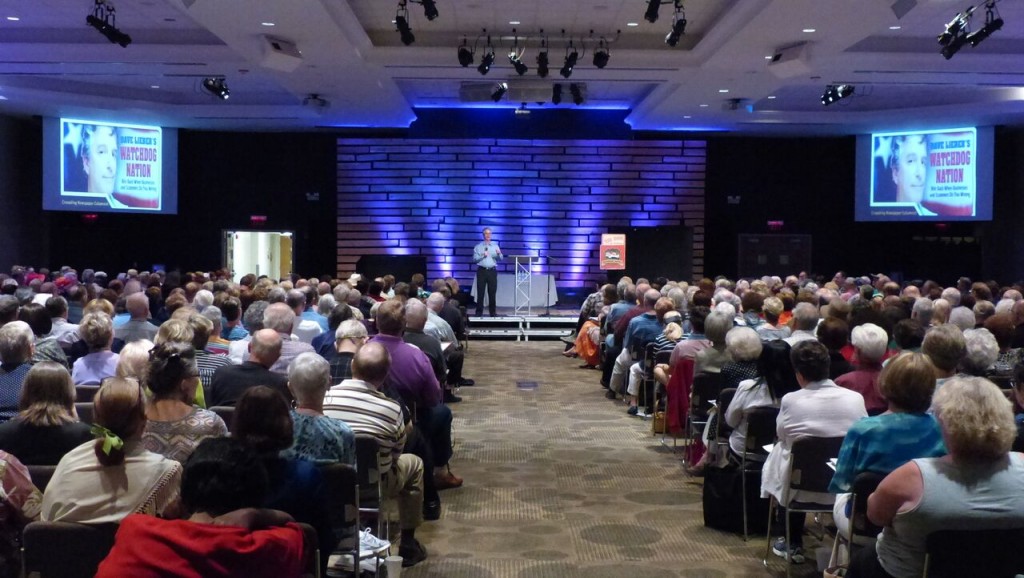 I begin a series on Whirlpool washing machines whose insides explode. 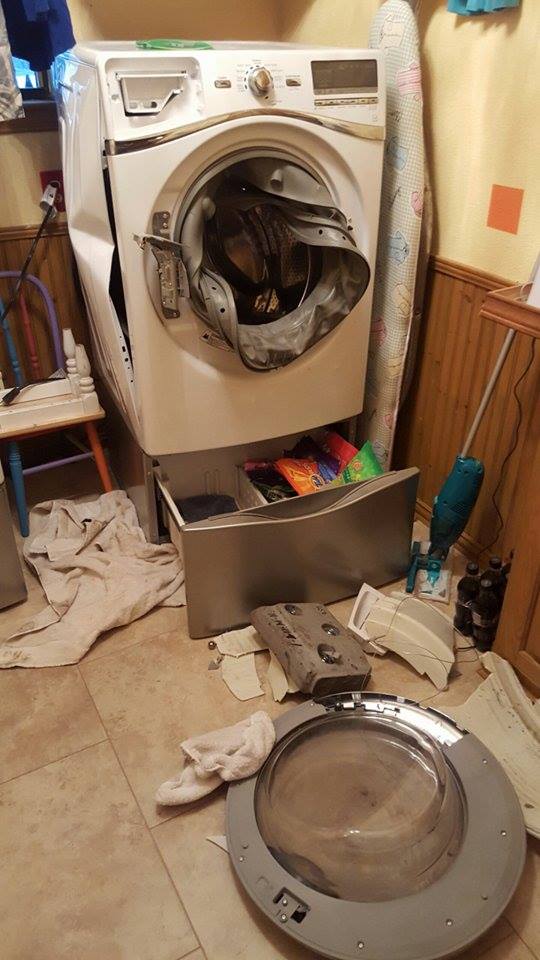 An AT&T call center rep says working for AT&T is so difficult that “three-quarters of my call center is on antidepressants and anti-anxiety medicine just to deal with the company.”

I begin a series showing how vets can untangle red tape when dealing with clogged Department of Veterans Affairs health care appeals.

After a national trade magazine calls the North Texas company “the worst garage door company in the nation,” I report how Carrollton-based Garage Door Services overcharges customers. After that, GDS leaders change the company name and sales pitch so potential customers won’t easily recognize them.

Marina and I create the first published list of electricity companies that offer plans without minimum usage fees — and rank them by customer service quality.

AT&T charges less for Web users who allow AT&T to sell their private information — including their Internet search history — to outside vendors.

A 79-year-old widower hooked up to an oxygen tank spends $13,000 on a dating service. He’s matched with an aerobics instructor who teaches kick boxing. She’s 30 years younger.

A former manager at Garage Door Services shares his guilt because he knew his company engaged in overcharges — but he liked his paycheck too much to do anything about it.

And remember, you can’t afford to miss The Watchdog.