What people are asking about Amon “Mr. Fort Worth” Carter and the hit new play and book about him

When playwright Dave Lieber made a recent presentation for Dallas Public Library patrons about his play and companion book on Amon “Mr. Fort Worth” Carter, Dave was asked a lot of good questions.

The play, AMON! The Ultimate Texan, won an award in 2020 as the Best New Play by a Dallas-Fort Worth Playwright.

Because he couldn’t get to them all, Dave answers their questions here:

Q. Is that Amon Carter hat you’re wearing a Stetson?

It’s called an Amon Carter Shady Oak hat. He gave them away by the thousands. It’s also known as the LBJ hat or the Open Road. 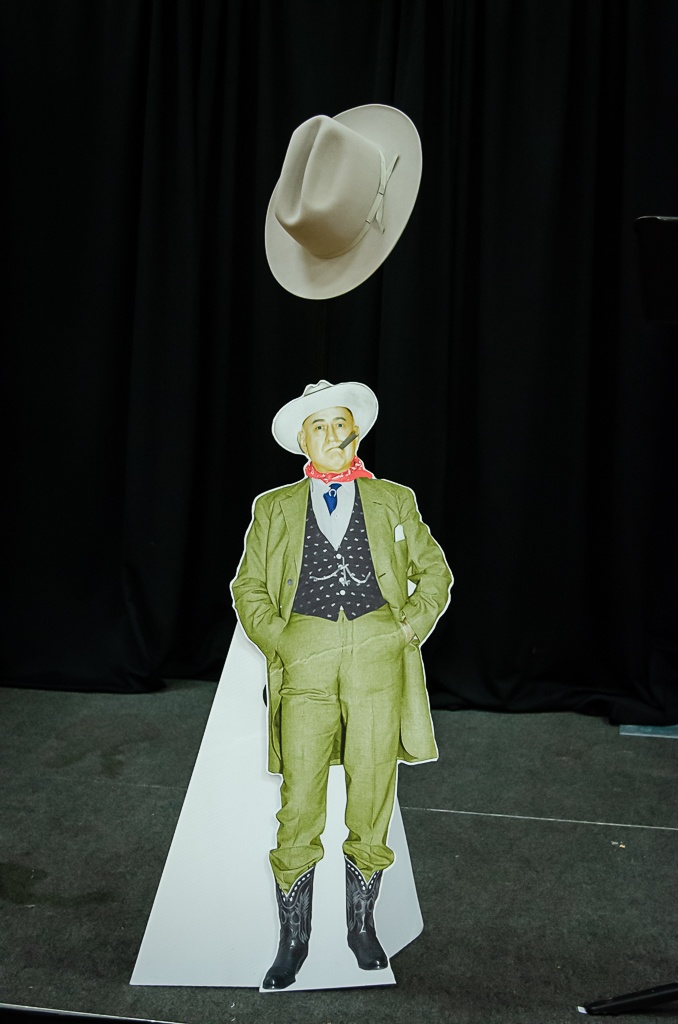 At Peters Brothers in Fort Worth, where Amon got them.

Q. Where was his house?

1220 Broad Avenue in Fort Worth’s Rivercrest neighborhood. The home was demolished in the early 20th century and replaced with a new home. Some say the house should have been preserved as a Texas landmark.

Q. How long did it take you to do research for the play?

It’s a project that began in the late 1990s when I read the great Jerry Flemmons’ book on Amon and announced my dream of turning it into a one-man play. Jerry said it would never happen, but I kept collecting materials. When I got serious about it three years ago, I started going through the 444 boxes of his personal papers at TCU Library’s Special Collections. 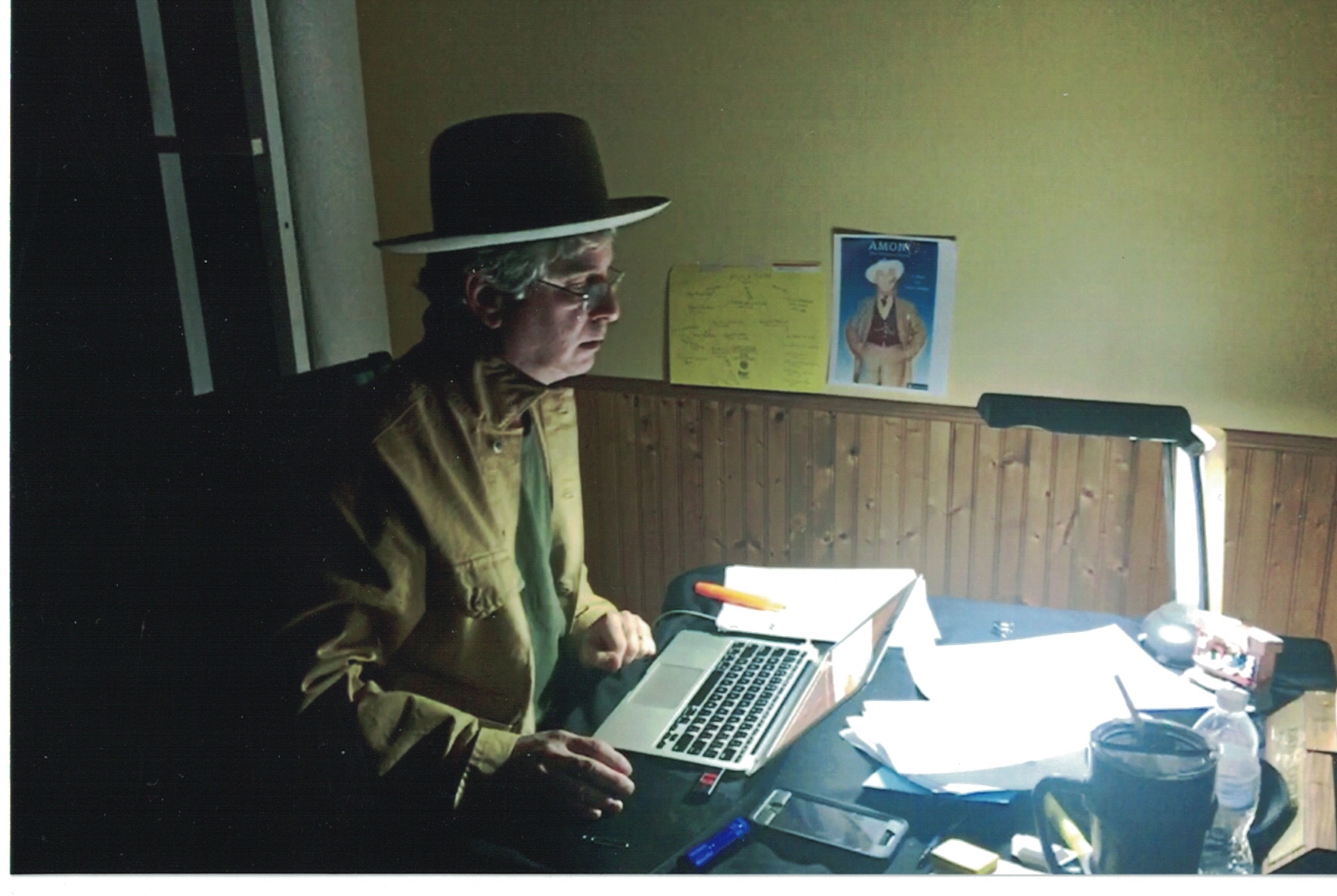 Q. Are his family members still around? Have you had communication with them?

Yes, they’re around. This is their town. I’ve spoken to Amon Carter 3d, a couple of his granddaughters Sheila and Nanetta. The whole family came to see the play at the Fort Worth Club, where Amon served ably as president for 35 years. We put them at tables in the front, and I confess I watched their reaction more than I watched Kelvin Dilks playing Amon that night. Afterward, some of them said they learned a few things about their patriarch. 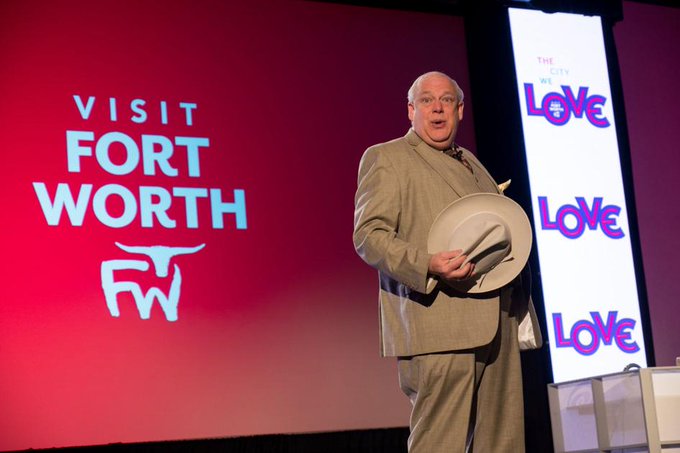 Q. How did he make his way from Bowie to Fort Worth as a young man?

He came here because it was a growing town and as a young man in his early 20s, he was ready to sell, sell, sell. He was a very successful salesman, no matter what he was hawking. 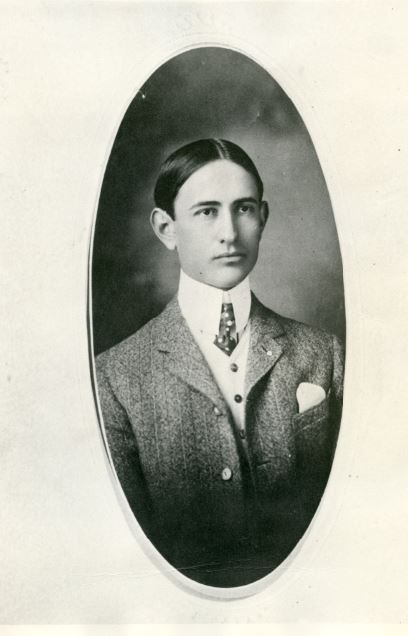 Q. How did he end up at the Star-Telegram?

It was over cow manure at the Fort Worth Stockyards. He’d heard that an inventor was going to demonstrate how to turn manure into fuel. It didn’t work, and it stunk up the place. But he met the owners of the Fort Worth Star, and they hired him to be their advertising manager. This was in the early 1900s. He took off from there.

Q. Is Shady Oaks Country Club in Fort Worth where his famous Shady Oak Farm was situated?

No. His Shady Oak Farm weekend retreat and number-one party house was situated at Lake Worth. But it, too, is gone. Only to survive in many wonderful black-and-white photos. 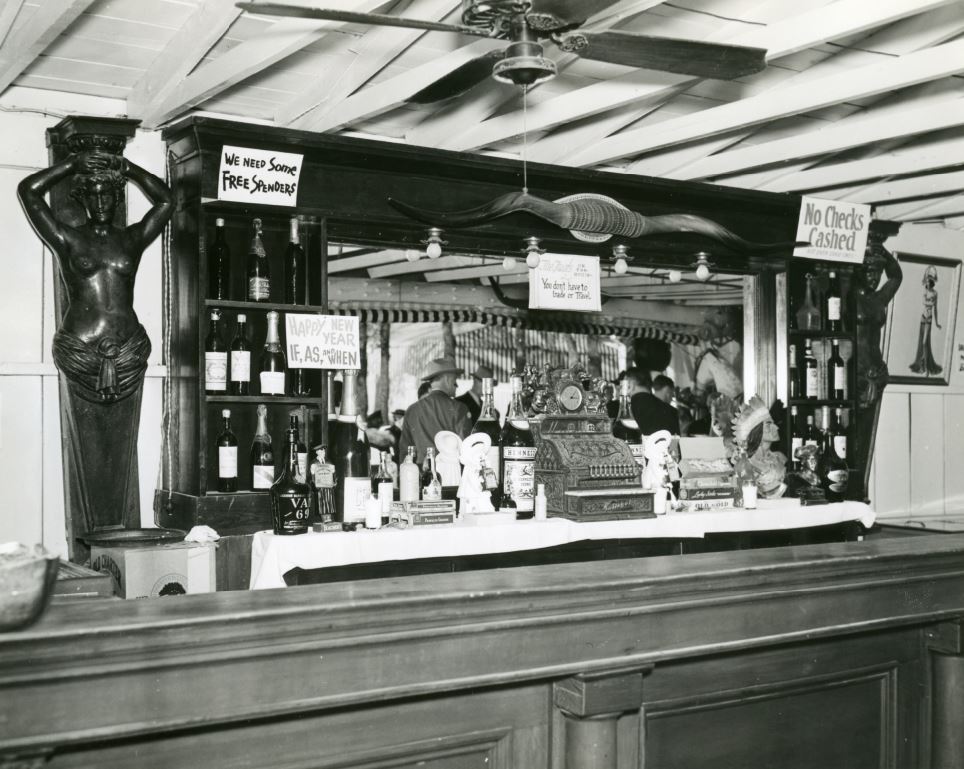 Q. How did Amon meet Will Rogers?

Will was in town for a show and Amon made it his business to meet every VIP who came to Cowtown. They’d get a Shady Oak hat and maybe an appearance on WBAP radio. Turns out Amon and Will both had a lot in common. And their favorite topic was making money. Will got Amon into collecting Western art, which is how the Amon Carter Museum of Art came to be.

Q. What happened to Amon’s boat?

We called it “the Star-Telegram yacht.” They docked it at Eagle Mountain Lake. I got to ride on it one time with the same captain who ferried Amon and his guests around. It was called the West-Texan, and it was given to him by the West Texas Chamber of Commerce. It was a Chris-Craft. It was sold maybe 20 years ago.

There’s photos of Amon, Dwight Eisenhower and Sid Richardson on the boat. Legend has it that Amon and Sid convinced Ike to run for president as a Republican on a little boat tour. Amon promised Ike that, for the first time in his life, he’d support a Republican for president. 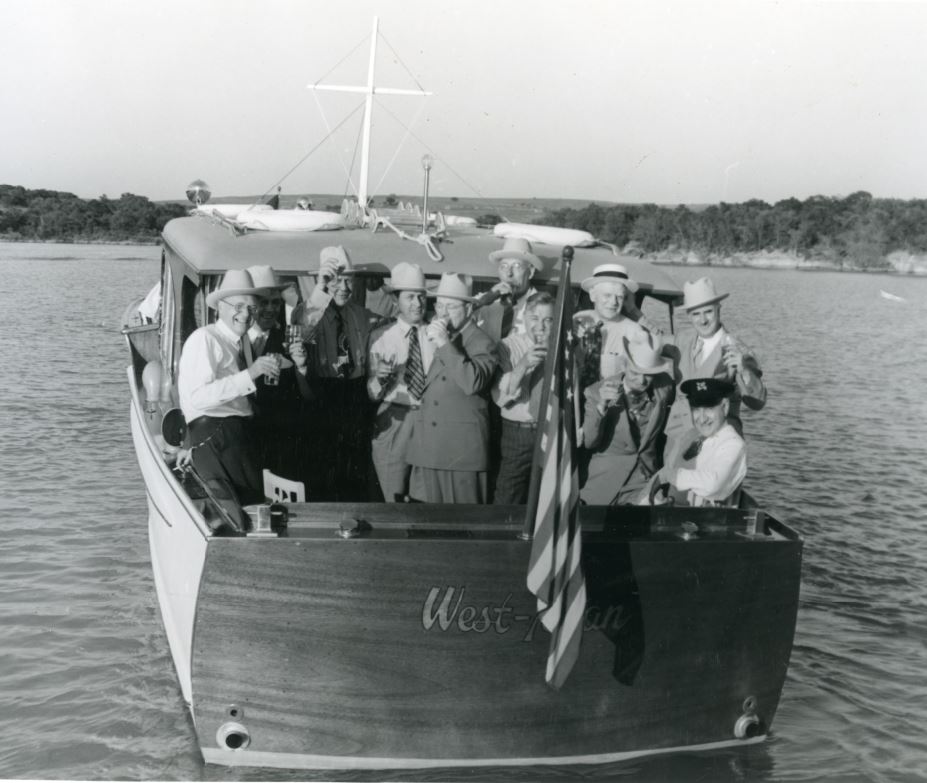 Q. Who were Amon’s rivals?

Well, anyone or anything from Dallas. He dropped LBJ when LBJ wouldn’t do what he ordered him. He fought with future House Speaker Jim Wright. In town, he was unforgiving of his former best friend, Mayor Meacham, for whom the airport is named. No one knows why they had a falling out. Amon wouldn’t let Meacham’s name appear in his newspaper, (it was called Municipal Airport) and Meacham wouldn’t allow ads for his department store to appear in the S-T. Years after the mayor died, Amon took Meacham’s daughter, Minnie, as his third wife.

Q. What was the end of his life like? How did he die?

He died on June 23, 1955, 40 minutes before deadline, so they had time to remake the front page. In his final years, he had two or three heart attacks. He’d run out of steam and didn’t get out much. Sadly, when Greater Southwest International Airport aka Amon Carter Field opened in 1953, Amon was too weak to attend the ceremony. His son Amon Jr. stood in for him. When Senior died, his 50-year rule had ended, and he would never be replaced. 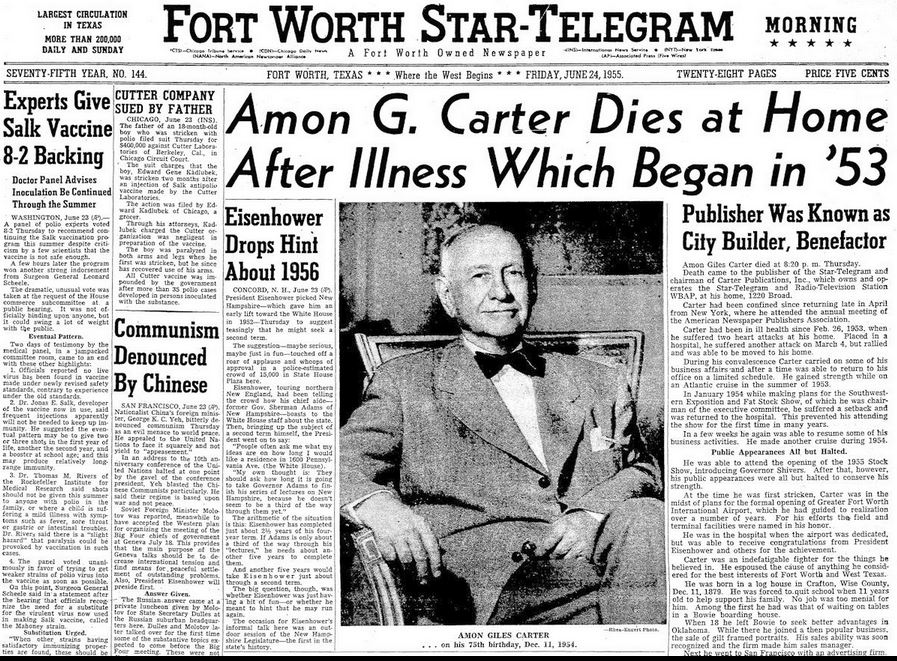 Q. Where is Mr. Carter buried?

He’s buried at Greenwood Memorial Cemetery in Fort Worth in a large mausoleum with his third wife, Minnie. 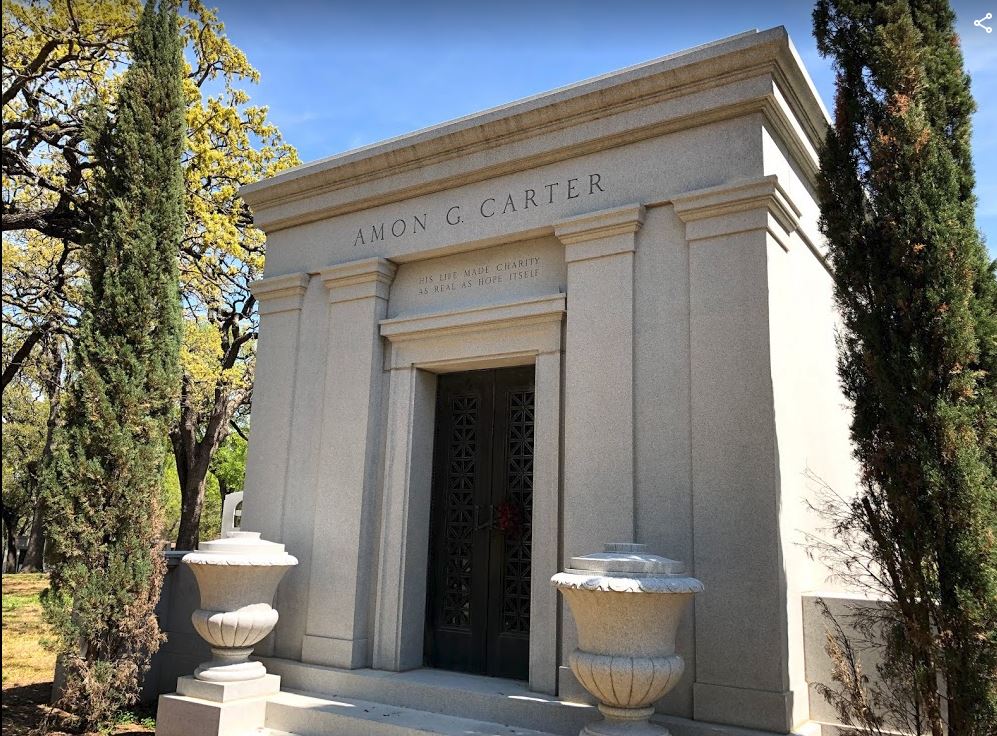 Q. Dave, how do we get your hard-covered book?

You mean the one with all these great stories and many, many more? The book with 100 beautiful historical photos?

Get it at www.DaveLieber.org or visit our Amon Project website at www.AmonPlay.com. 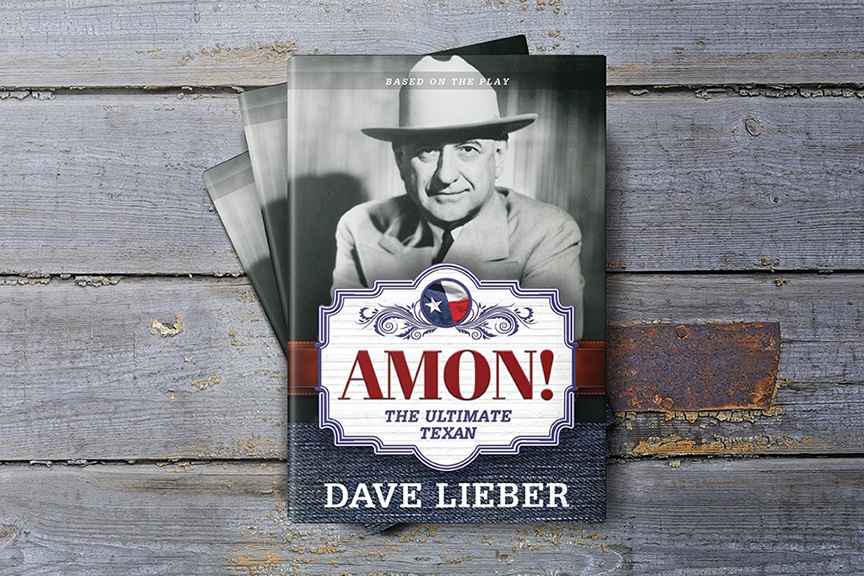