What the late Richie Havens taught me

I was 14. He was 31. I was a brat kid who knew nothing. He was a famous performer who built his legend as a star at Woodstock only three years before. The year was 1972.

Through happenstance, folk singer Richie Havens, who died April 22, and I shared the stage on a national television show. He taught me a lesson that altered my life view forever. 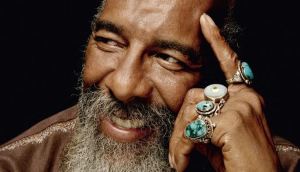 The TV show was called Take a Giant Step. It appeared every Saturday morning on live national TV on the NBC network. I was one of the kid hosts, having earned the job through extensive auditions. The whole point was to put three non-actor kids on national TV, give them a subject and set them loose for an hour to talk – with no script – and let them have fun. The idea was to compete with the cartoon shows on CBS and ABC – and to bring substance to Saturday morning television.

It was bold and revolutionary. It almost worked. We kids, with no natural TV training, stuttered and sputtered. We spoke over one another. Every so often we got into trouble when we said, “Oh God” – something then forbidden on national TV.

The show trailed badly in the ratings, drawing about a million viewers each week. To liven things up in Studio 8G at 30 Rockefeller Center, the producers, Gloria Peropat and Giovanna Nigro, brought in rock bands and celebrity guests.

In 1972, on an episode dedicated to “the future,” Havens was our special guest.

I had never heard of him. I was too young to follow the music scene in Manhattan where I grew up. During the summer of Woodstock, I was instead an inhabitant of Bunk 7 at a New Hampshire sleep-away camp. My musical tastes consisted of listening to WABC-AM and top 100 hits. Havens had only one hit song – his version of Here Comes the Sun. I only knew the Beatles version.

On our TV show, we three kids interviewed him live on the air about his thoughts for the future. He played a few songs, including one he wrote called “There’s a Hole in the Future.” He called us by our first names and treated us kindly.

Then after the show, all of us – the kid hosts, the producers, show staff, Havens and his small entourage – retreated to the very cool office of George A. Heinemann, NBC’s vice president of children’s programming. Heinemann created classics “Shari Lewis and Lambchop” and “Ding Dong School.” He’s the guy that convinced top brass at 30 Rock to take a giant step with a show of the same name.

George A. Heinemann, former veep of kids programming at NBC

Heinemann had a video recorder in his office. In 1972, nobody had a VCR yet except network vice presidents. Heck, nobody outside of grand TV palaces such as 30 Rock even had video cameras. The heavy machine in his office was the size of small musical organ. It must have cost thousands of dollars.

Heinemann turned on the machine so we could watch a taped version of the live show.

I sat next to Havens. OK, Richie.

As the 60-minute episode played on, I began squirming in my seat. I sighed loudly. I fidgeted and gasped. You see, I wasn’t used to seeing myself on TV. I hated the way I looked. Torturous.

Remember, I was 14, skinny and pimply. Girls said I was ugly. Boys called me whatever the word for dork was back then. I had too-longish hair (trying to be hippie-ish even though I spent the summer of Woodstock in Bunk 7). I blinked too much, way too much. I said, “um” and “you know.” I talked with a New Yawk accent. I was a teen-aged mess.

That’s when it happened. He leaned over and whispered:

“Son,” he said. “You’re beautiful. You look great to me. You are one of God’s children, created in his image. You look fantastic. Don’t beat yourself up. Nobody likes the way they look on TV, but we should. There’s nothing wrong with us. We are perfect in His image.” 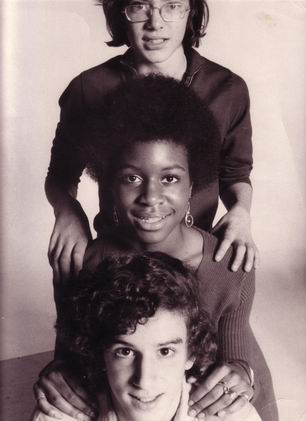 A publicity shot for the NBC TV show. Dorky Dave with co-host Rhodina Williams, now a doctor, and Tom White, who ran for U.S. Congress from Nebraska

I remember that conversation clearly. The next thing I remember about that Saturday is standing on the Avenue of the Americas, waiting for the bus to take me home. I remember thinking as I waited about what Richie had said. There’s nothing wrong with us. We are all God’s children.

Never again, not once in my life since that Saturday afternoon 40 years ago, have I ever fretted about my voice, my face, my hair, the way I look or sound. Richie Havens, the late great Richie Havens, solved a problem for me at an early age that most people never get over. I was one lucky boy. He helped me take a giant step.