Have you heard the story of the world’s ‘littlest’ skyscraper?

My favorite Texas historical site is not the blessed Alamo or the Harris County site of the Battle of San Jacinto.

My favorite is in Wichita Falls. But it’s not Sheppard Air Force Base or the man-made waterfalls or even the Professional Wrestling Hall of Fame & Museum.

The backstory of this 40-foot-tall brick oddity represents one of the great scams in Texas history.

It’s the 100th anniversary of the building’s birth. Hardly anyone noticed. The Watchdog can’t let this slip by.

Happy Birthday, world’s littlest skyscraper. The lessons you taught Texans a century ago about how to avoid losing your shirt in an investment are still relevant today. 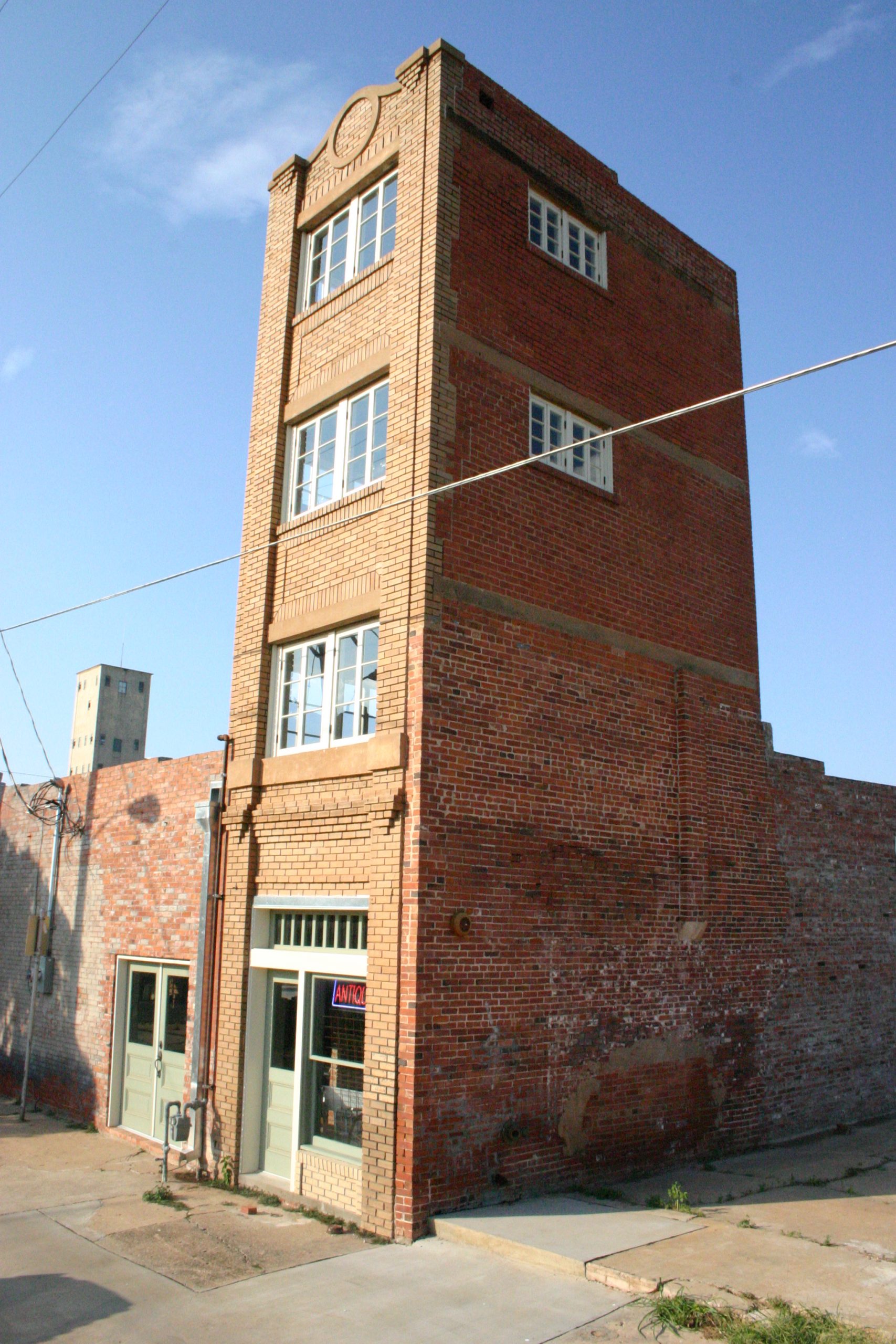 Picture the year 1919. A big oil strike in Burkburnett swelled the population of Wichita Falls. But the town wasn’t ready for the onslaught.

“The streets were crowded every day – just like circus day,” historian Jonnie Morgan wrote in History of Wichita Falls.

“Stocks were being bought and sold on the streets involving thousands of dollars.”

Enter J.D. McMahon, supposedly from Philadelphia, who came to town to cash in like everyone else. In a story that has been passed down for a hundred years, he offered to build a skyscraper that was to be 40 stories tall, forever altering the city skyline and putting Wichita Falls into the big time.

Desperate for both much-needed office space and ways to make money, the people of Wichita Falls listened when McMahon offered them a chance to invest in his new landmark office building.

In that mass of confusion and greed, he sold $200,000 worth of stock (worth $3 million in today’s dollars) and brought his own crew in to put it up. It didn’t take long.

A small four-story brick building only 10 feet wide and 18 feet long, sprang up with only one room per floor.

Now wait a minute. What happened to the rest of it?

Legend has it that the investors took the matter to court, but a local judge threw the case out. Seems that when the judge looked at the building plans he noticed that the specs were done in inches, not feet.

McMahon had built the exact sized building everyone had signed off on. Nobody noticed that the plans were in inches.

The building is officially known as the McMahon Building, a great honor to the alleged scammer. But an honor he never got to celebrate.

The mini-tower earned its nickname a few years later when it made an appearance in the “Ripley’s Believe it or Not!” column as the world’s littlest skyscraper.

Burned in a 1931 fire, it struggled for decades with various businesses trying to fit inside. Often abandoned, it became home for pigeons mostly.

It was only after the city hired architect Dick Bundy’s firm in 1984 to stabilize the building — and Bundy fell in love with it — that things began to change.

Bundy and his firm, BYSP Architects, bought the building in 2000 with Marvin Groves. They spent $180,000 to restore it.

“It makes no sense on paper to a banker,” Bundy says about his project. “We love it. It’s a great landmark for the town.”

Is the story true?

“No documented proof” exists, town historians Delores Mathew and Ruth E. Reuther wrote in their history of the building.

Architect/owner Bundy says: “Nobody has ever been able to disprove the story about inches and feet. … No matter what, it’s a little oddity. It’s an incredible little skyscraper.”

It’s easy to see how in that oil-boom atmosphere, people signed up without reading what they were signing.

The difference between inches and feet is one tiny single quote mark. And that problem persists. Who among us reads every little detail before we hand over the money?

“Turns out that when people see dollar signs, they tend to overlook punctuation,” writes Chet Garner, host of The Day Tripper on PBS, about the building, which he cleverly calls “the height of deceit.”

Now it’s a popular tourist attraction, part of the Depot Square Historic District, declared a Texas Historic Landmark and listed on the National Register of Historic Places. A high-end consignment shop currently operates from within.

The mini-tower is one of the few century-old memorials to the early American scam culture. To this day, no building in Wichita Falls is even half as tall as that one would have been.

Note: The Watchdog thanks Crystal Land of the Wichita Falls Public Library and architect Dick Bundy for research assistance. This story originally appeared in The Dallas Morning News on June 20, 2020.