The new hit play AMON! The Ultimate Texan by Dave Lieber is on roll. As the troupe prepares for the play’s Feb. 22 West Texas debut in Abilene, North Texas’ 2020 theater awards were announced.

The play is the story of Amon “Mr. Fort Worth” Carter, who ruled the city for a half century as owner of the newspaper, top radio station and TV channel. The play is both funny and poignant. Audiences love it after 31 shows, and seats are hard come by. Follow #AmonOnTour on Twitter.

These six nominations are part of the 57 nominations earned by Artisan Center Theater in Hurst, which premiered AMON!

Artisan’s 57 nominations were the second most garnered by any theater in North Texas. Congratulations ARTISAN!

Competitors for Best Play include: A Few Good Men, Barefoot in the Park, and Driving Ms. Daisy.

Keep up with the latest news about AMON! shows on AmonPlay.com or ask to join “Amon Carter Play” group on Facebook. 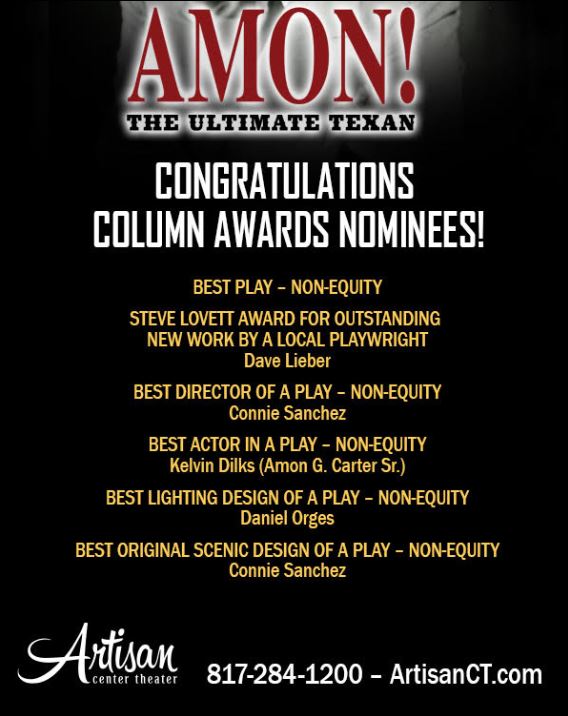