Paying tribute to a mother who encouraged her son

Note: Four years after his mother died, Fort Worth Star-Telegram columnist Dave Lieber found a tape recording of one of the most important conversations the pair ever had. He first shared this story on Mother's Day 1999.

The billboard outside Richland Hills Church of Christ last week caught my eye: “All that I am, and all that I hope to be, I owe to my mother.” – Abe Lincoln.

My mother is gone from this Earth but not from my heart. Not, especially, from my writer’s heart.

She always supported my career. She subscribed to the newspapers where I worked, faithfully read my articles and called me with praise. When she died, my father found boxes filled with yellowing stories in her closet.

Then last year, my father told me that he had found an old audiotape he wanted me to hear. The tape captured the most important conversation I ever had with my mother.

Apparently, their telephone answering machine had recorded the conversation, and they saved it.

The conversation was in 1993 after Star-Telegram editors hired me as a columnist. 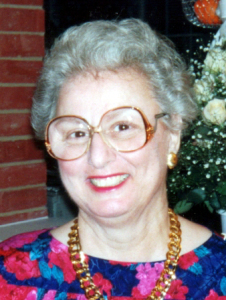 The first thing I did was call Mom, who was dying from cancer.

Here, according to the tape, was the talk I had with my mother:

I just wanted to thank you.

For helping me get my job – because it really wasn’t official until now.

Well, I can’t think of anybody more in the world who did than you!

And Dad did. That’s what you wrote on his card that was so beautiful.

I didn’t do anything.

You were always backing me and, uh, and when I went to Florida for my first job and I didn’t have any money and I didn’t have anything. I was just like totally lost. And because of your foresight and Dad’s, there was money left over in my account that you could send me to use to buy a car. You set me up with a $50-a-month payment.

You worked me in, you know, nice and smooth. And then you come down and we hang out on the beach and we . . .

Now, David, don’t make me cry. That’s what parents are for.

Now listen. Now listen. I’m not done, OK? And then I got fired, you know. I’m really down and out.

Then I go to West Virginia and you come down there and even though I probably made a mistake – but nothing’s really ever a mistake, really, in life.

You learn from everything.

And I got married which ended in divorce. And you come down there and you’re playing the gracious parents. And then I go to work in Philadelphia, and I go on strike. And you’re always with me the whole way.

But that’s what parents are for.

Yeah, but the whole world is full of parents who don’t do their jobs.

So basically, among the many things that you are, right, which is a kind, decent, wonderful, thoughtful person – you have a lot of friends and everybody loves you – one of your legacies in life is that you had a son, and the son had a nearly impossible dream. And the odds were overwhelming.

And you gave birth to the son in the peak year of the baby boom – ’57 – where there were more children born than any time in the history of the country.

So there’s more competition. There’s more of everything. More women in the hospital in ’57 than any year in history.

I don’t know that. Did you look this up in the almanac?

And you’re going to write everything you just said?

I hope to be alive to read this.

Oh, it could be a bestseller, because I’m going to wait until I really know what I’m talking about.

Are you going to say what you just said now?

It’ll be much better than that.

They have a reference library in heaven. Check the book out.

If I write a good book, right, and you’re doing your guardian angel stuff . . .

And you’ll be on assignment, and so you’ll be going down and checking out other people. You’ll hear it through the angel grapevine about my book.

The tape ran out. My mother died less than three years later.

On this Mother’s Day, I share it with you and ask you to remember the poignant words of Abe Lincoln.

Before it’s too late, tell you mother – if you can – that all you are, all that you hope to be, you owe to her.

This story, along with nearly 100 others, appears in Dave Lieber's book, The Dog of My Nightmares: Stories by Texas columnist Dave Lieber, now in its 5th edition. Dave's newest book, Bad Dad, last week was named a finalist in the memoirs category in the 2012 Next Generation Indie Book Awards. 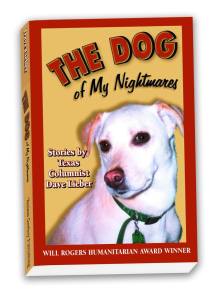